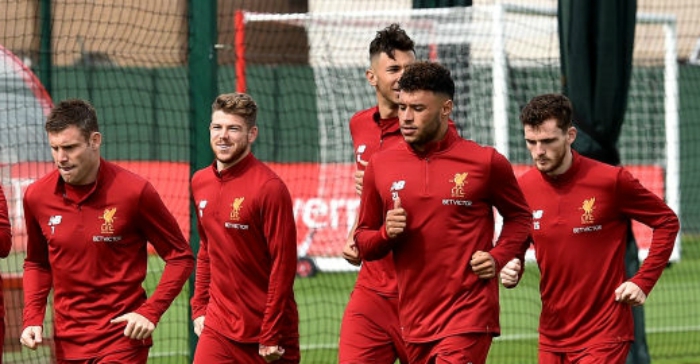 Alberto Moreno is “determined” to “win my place back” at Liverpool ahead of Andrew Robertson.

But the Spaniard has not been seen since November after suffering an ankle injury.

Robertson has since taken his place and excelled in defence, and Moreno faces a battle to reclaim his position.

“You’ve got to be absolutely honest and sincere and say that he’s doing really, really well. He’s put in some great performances and played some great matches,” he told Liverpoolfc.com

“It was tough for him at the start of the season, not being involved, I’m sure. It’s also never easy to come into the first team mid-season, so I think he’s coped with that really well.

“It’s always tough to get your place in the first team at Liverpool Football Club.

“Obviously, as a result of my injury, he has taken his chance and grabbed it with both hands.

“But I’m training really hard now and determined to do all that I possibly can through hard work to try and win my place back.”