Home Home Page Front Page Moreno on Coutinho: ‘I want him close to me forever’ 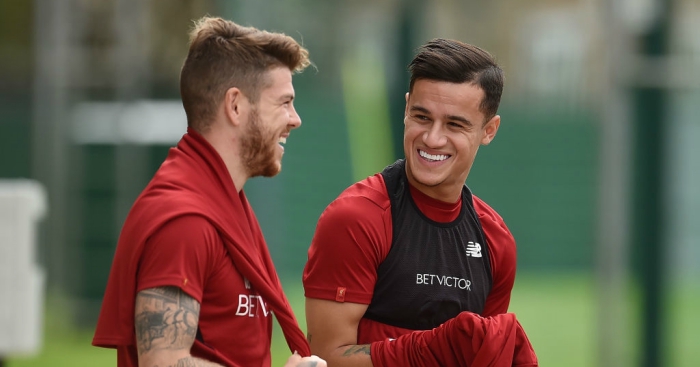 Liverpool’s Alberto Moreno says that he has tried to persuade Philippe Coutinho not to join Barcelona, but cannot stop him.

Moreno and Coutinho are good friends as well as teammates, with the former hoping that the Brazilian will stay at Anfield.

Moreno also accepts that Coutinho’s departure would be a huge loss to Liverpool, a hole that they would struggle to fill.

“If I get to decide, Philippe’s not going,” Moreno told the Guardian.

“But I can’t interfere. It’s Liverpool, Barcelona and him, and they decide. He’s a big piece at Liverpool.

“Every fan, everyone who watches Liverpool, everyone who understands football knows that. They know that if he goes, it will leave a big hole.

“I’ve said: ‘Brother, don’t go.’ But in the end, a player has to make the decision himself.

“He’s my friend and always will be. I don’t know what will happen.

“If it was down to me, I’d love him close to me for life, always enjoying seeing him play football, which is a wonder.”

We recommend the entire interview with the lovely Sid Lowe. It’s here.