Home Liverpool Moreno: ‘We (do you mean you?) came out half-asleep’ 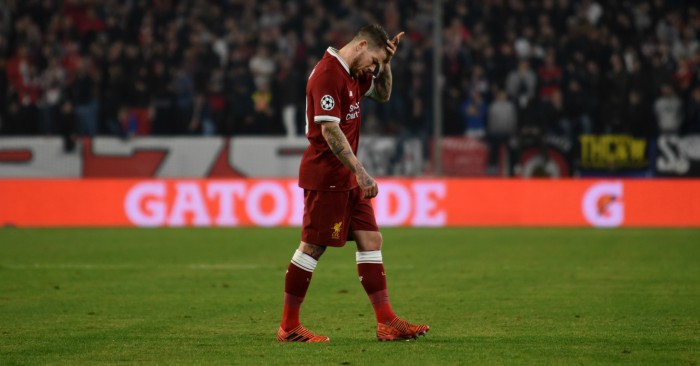 Alberto Moreno has admitted that Liverpool were “awful” in the second half against Sevilla as they threw away a three-goal lead.

Moreno has been much-improved this season, but was at fault for two of Sevilla’s three goals in the 3-3 draw.

The Spaniard – who joined Liverpool from Sevilla in 2014 – told Onda Cero radio: “We threw away three points.

“We were already through to the next round, but it was not to be. We knew that even with a 3-0 advantage it was going to be complicated, and that was the case.

“We had spoken at half-time about how with a 3-0 lead we still had to be careful. It was a case of how awful we were and how many mistakes we made at the back.

“They didn’t stop attacking in the second half – but we came out half asleep.”

Jamie Carragher was particularly scathing about Moreno’s performance, saying:  “He’s had a lot of credit this season because he’s performed a lot better than he has done.

“But he’s been at the club now for three or four years, and I don’t think a run of seven, eight games should cloud people’s judgement of what you think of him as a player.

“I still think Liverpool need a left-back. He has done a lot better this season but he still has those moments where he makes rash decisions and rash tackles.

” And I don’t think that will ever go out of his game.”