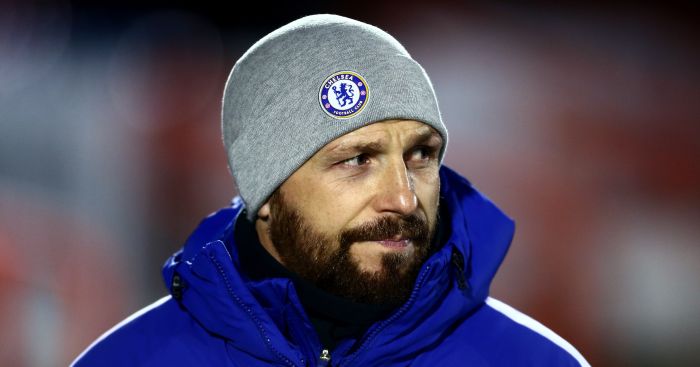 Assistant coach Jody Morris gave his thoughts on the success of the Chelsea academy, as he took the pre-match press conference ahead of the Blues’ FA Cup tie against Nottingham Forest on Sunday.

Frank Lampard was not available to speak to the media due to illness, but Morris insisted the boss will have recovered to take charge on Sunday.

Morris hesitated to give anything away in terms of transfers – claiming he is not privy to the same discussions Lampard will be involved with – but has good knowledge of the Chelsea youth system, having been promoted from the academy when Lampard arrived at the club.

And he was asked about the development of the young players and who might be next to graduate from within.

He said: “Having known them for years to see how well they are doing is great but you get to a point, after the Norwich game, where you go beyond that.

“They fully deserve to be playing and are performing at a level to justify that. There is massive pride at the academy. But it doesn’t stop there. Who is the next one?

“Billy [Gilmour] and Marc [Guehi] are doing really well, around the squad a lot and training at a high level. Billy was off ill today but he’d have trained with us today otherwise. The mentality, they are ready to go when called upon too – like Lamptey at Arsenal.

“I think knowledge among players is important and if you have experience of players – [Tariq] Lamptey performed for me and Joe [Haigh] really well so being able to call that knowledge… it doesn’t happen like that all the time.

“But when you have a relationship with the academy and kept in the loop you know who is doing well.

“It should happen at all clubs but I get some managers have different visions for how things should work but we have a great academy here and a manager that wants to involve tem and give them an opportunity to perform in front of him.”