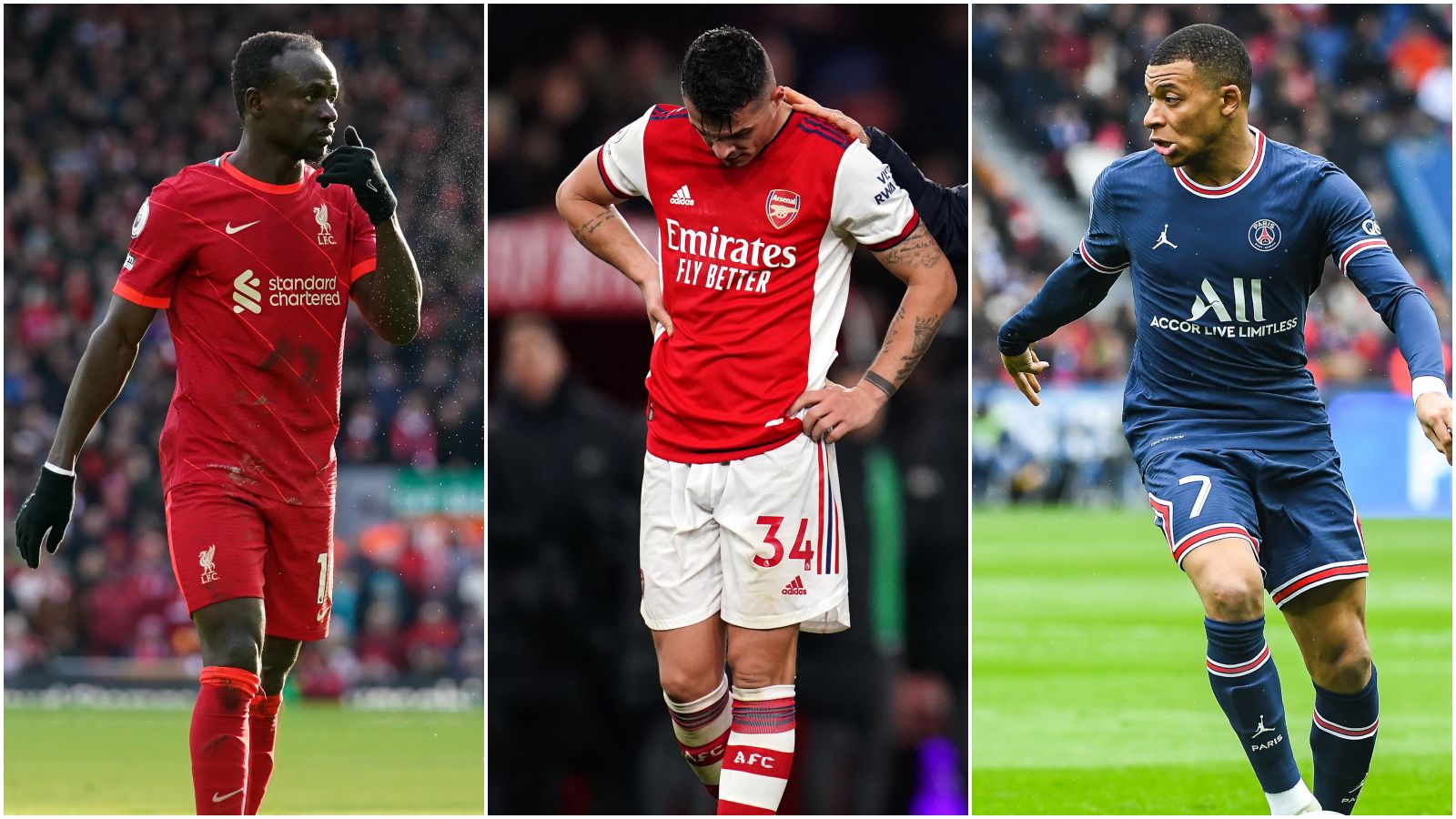 Presented in FIFA ranking order, we bring you the most expensive players from the top 25 nations…

1) Belgium: Eden Hazard (Chelsea to Real Madrid – £103.5m)
Six goals in 65 games for Real Madrid and currently cannot get near the actual team. It has not gone well.

3) France: Kylian Mbappe (Monaco to PSG – £166.4million)
Looks a sound investment for a phenomenal player until the minute he leaves for nothing this summer.

4) Argentina: Gonzalo Higuain (Napoli to Juventus – £75.3million)
Won three Serie A titles in four years at Juventus, which sounds like success. Left for nothing, which really doesn’t.

5) England: Jack Grealish (Aston Villa to Manchester City – £100million)
See this list of the worst signings of the season.

7) Spain: Kepa Arrizabalaga (Athletic Bilbao to Chelsea – £71.6million)
This will never not be funny. Makes this XI.

8) Portugal: Joao Felix (Benfica to Atletico Madrid – £114.5million)
It’s been a bit hit and miss, though more hit than miss of late with five goals in his last seven games.

Joao Félix’s 2022 form has put him back on a trajectory to becoming one of the world’s best. Atléti don’t dominate possession but he still influences the game. They sat in a deep 5-4-1 in the 2nd half & he still influenced the game. He’d scale up even more in an attacking system.

9) Denmark: Joachim Andersen (Sampdoria to Lyon – £21.6million)
There are various Danish players who have moved for very similar fees – Christian Eriksen, Jannik Vestergaard, Kasper Dolberg, Thomas Delaney – but this 2019 deal looks the likeliest to have topped £20m. Lyon had to sell their captain to Crystal Palace two years later at a loss.

12) Mexico: Hirving Lozano (PSV Eindhoven to Napoli – £36million)
There’s no doubt that Napoli would have expected more bang for their buck than 25 goals and 10 assists in 107 games.

13) USA: Christian Pulisic (Borussia Dortmund to Chelsea – £58.3million)
Blighted by injuries and illness, leaving us with a bit of a 5/10 feeling about Pulisic’s Chelsea spell.

14) Switzerland: Granit Xhaka (Borussia Monchengladbach to Arsenal – £33.8million)
It’s looked like a disaster on about 427 separate occasions but Xhaka is now improbably a part of a successful and likeable Arsenal side.

15) Croatia: Mateo Kovacic (Real Madrid to Chelsea – £40.5million)
A first-choice Chelsea side probably does not include Kovacic, but he has still been a sound signing for the Blues.

16) Uruguay: Luis Suarez (Liverpool to Barcelona – £65million)
Just the 195 goals and 113 assists in 283 games for Barcelona make Suarez one of the few undisputed hits on the list.

17) Sweden: Zlatan Ibrahimovic (Inter Milan to Barcelona – £56million)
Zlatan’s biggest transfer was the one that didn’t really work out.

18) Senegal: Sadio Mane (Southampton to Liverpool – £34million)
A Premier League and a Champions League later, he is an absolute bargain.

19) Colombia: James Rodriguez (Monaco to Real Madrid – £71million)
Somehow, we think Liverpool will be rather more pleased with their rather cheaper move for Luis Diaz. Oh and ripping it up in the Qatar Stars League, to save you a Google.

20) Wales: Gareth Bale (Tottenham to Real Madrid – £85.3million)
We don’t expect this mark to ever be beaten. Oh and this happened.

21) Iran: Alireza Jahanbakhsh (AZ Alkmaar to Brighton – £17million)
Three years later, he was sold for less than £1m to Feyenoord, where he has already scored twice as many goals in seven months than he managed for the Seagulls. Iran, though? We did not see that coming.

22) Peru: Juan Manuel Vargas (Catania to Fiorentina – £9.5million)
It’s a record that has stood for 14 years and may well stand for 14 years more.

23) Japan: Shoya Nakajima (Portimonense to Al-Duhail – £31.5million)
Never heard of him? Of course you haven’t. A Japanese player left a Portuguese club for a Qatari one in February 2019 and joined Porto a few months later for a third of the price. He has since been on loan to a UAE club and is now back at Portimonense and has scored one league goal all season. All sounds perfectly normal and above board.

25) Serbia: Dusan Vlahovic (Fiorentina to Juventus – £62.8million)
The newest entry on the list was the game’s big January signing. Juventus have been unbeaten in Serie A since he signed, giving them a very good chance of qualifying for the Champions League again.