Home Everton Most expensive signings with fewer than 50 league starts 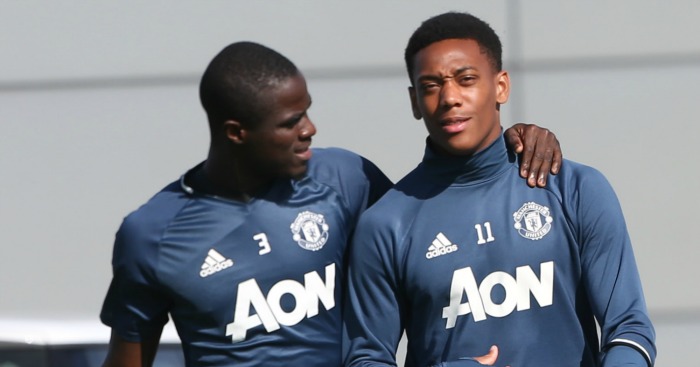 Chelsea are set to sign Alvaro Morata for £58million. The Spaniard has made just 49 senior league starts throughout the whole of his career. He would top this list rather comfortably, but who are the current incumbents? A reminder that these figures are senior league starts only. Get out of here with your ‘B’ teams.

6= Gabriel Jesus – 33 senior league starts, £27m fee
Manchester City took quite the leap of faith on young Gabriel Jesus last summer. Barcelona, Bayern Munich and Real Madrid were all circling the forward before Pep Guardiola’s divine intervention sealed the deal. Brazil icon Ronaldo declared that he saw “similarities” in his and Jesus’ playing style, and there can be no greater footballing compliment.

The 20-year-old only arrived at the Etihad Stadium in January last season, yet only Sergio Aguero, Raheem Sterling, Leroy Sane and David Silva scored more goals for Manchester City. His seven strikes in 11 appearances represents an improvement on an already impressive rate of 17 goals in 33 league starts in his native Brazil.

Some players struggle before acclimatising when moving to a foreign country; others are simply never able to. Even after missing seven games with an injury, Jesus has already made a mockery of the ‘settling in’ period. If his current rate of progression continues, City will be more than content with handing over an extra £4million to Palmeiras in add-ons.

6= Wayne Rooney – 40 starts, £27m fee
Newcastle offered £20m and then £23.5m to Everton for Wayne Rooney, but the teenager only ever had eyes for EvertonManchester United. Sir Alex Ferguson sanctioned a £20m move for the forward back in 2004, with clauses adding a further £7m to the deal. Considering he returned to Goodison Park as United’s record goalscorer this summer after winning 16 trophies, said clauses have probably been met.

“There were plenty of eyebrows raised,” said Ferguson years later, adding that he had to persuade the board of directors that an 18-year-old kid from Croxteth was worth what now amounts to, accounting for inflation, around £136m. Rooney had scored 17 goals in 77 Everton appearances before his departure, but had started just 40 Premier League games. He did also save the greatest international tournament showing of his career for that summer, mind. Oh, for Euro 2004 Wayne.

4. Renato Sanches – 22 starts, £27.5m fee
If Rooney’s prodigious performances at a European Championships helped secure his multi-million pound future, Bayern Munich were perhaps wary of history repeating itself 12 years later. The Bundesliga champions correctly predicted that Renato Sanches would shine for Portugal at Euro 2016, signing him a month before the tournament began, but they could not have foreseen the struggles he has faced since.

“He will have more chances to play next season,” said Carlo Ancelotti of the midfielder back in May. Sanches would be forgiven for not taking that promise at face value: he started just six times in the Bundesliga in his debut season.

The 19-year-old spent only one campaign in Benfica’s first team before moving to Germany, while his standout displays at Euro 2016 only raised his stock further. Football is a fickle beast of course, and as brightly as his star shone, it has been dimmed on the Bayern bench. Now only one club wants him.

3. Eric Bailly – 39 starts, £30m fee
Jose Mourinho used one particular word when discussing Eric Bailly at his unveiling as a Manchester United player last June. “He has progressed well to date and has the potential to become one of the best around, “said the Portuguese. “We look forward to working with him to help nurture that raw talent and fulfil his potential.”

Mourinho potentially envisaged the centre-half taking to English football like Zlatan Ibrahimovic to a long-term knee injury – surprisingly well – but not so soon. The Ivorian did endure some questionable performances in his early Old Trafford career, notably struggling in a Manchester derby defeat and a 4-0 shellacking at the hands of Chelsea, but he ended the campaign as perhaps his manager’s most trusted defensive lieutenant.

Bailly will be cast in an unfamiliar role as the slightly older member of a centre-half pairing next season, but even new arrival Victor Lindelof has 85 career league starts to his name. Sod experience when you have two 23-year-olds with ten club trophies between them.

2. Anthony Martial – 27 starts, £36.8m fee
After the whirlwind that was his first year of marriage at Old Trafford, Anthony Martial soon tired of having to do the dishes, the laundry and the vacuuming. To make matters worse, Manchester United had been eyeing up other strikers who have the potential to be converted into a winger, all while the Frenchman was busying himself with the housework.

At one stage, it seemed a certainty that Martial’s initial £36.8million fee would soon be forgotten. Such was his immediate impact, the £20m in clauses were a mere formality. All the more surprising was that Louis van Gaal made him the world’s most expensive teenager when he had played just one full season at Monaco. Twenty-five goals for the club means United have paid an extra £8.5m in fees, but don’t expect the Ballon d’Or clause to be met any time soon.

“For Sane to come into the league and make the impact he has, it looks like he’s going to be really special.”

Suffice to say that Gary Neville was impressed by Leroy Sane, tipping the Manchester City winger as his Young Player of the Season in his debut campaign. Pep Guardiola is building an exciting, youthful squad at the Etihad Stadium, but his most promising component joined a year ago.

The first half of Sane’s season betrayed the remarkable progress he made after joining from Schalke. After scoring just one goal and providing two assists in seven starts in all competitions by the end of December, the subsequent five months brought eight goals and six assists in 22 starts. Watchful eyes will be trained on how well Bernardo Silva and Ederson adapt at City this season, but Sane could continue to eclipse his peers.