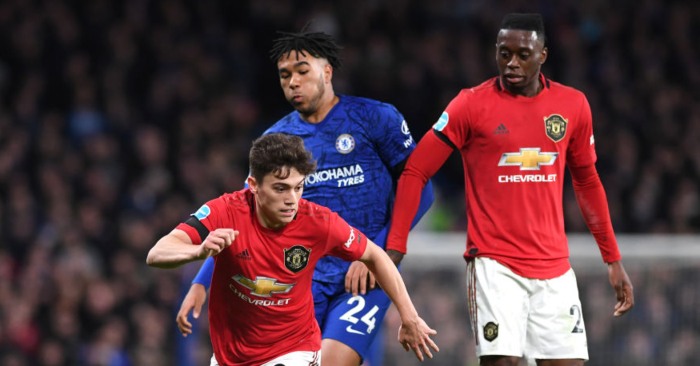 Belgium: Eden Hazard (Lille to Chelsea – £32m)
The most expensive Belgian in history was already the most expensive young Belgian from his switch to Chelsea from Lille, though Romelu Lukaku came close when he switched to Everton in what became a bargain £28m transfer.

His last season in Ligue 1 before moving to Chelsea. What an incredible talent that was. pic.twitter.com/nepZYSkwN1

France: Kylian Mbappe (Monaco to PSG – £166.4m)
Stupid money but a sound investment as Mbappe is one of the best players in the world at just 21. He has scored 30 goals in 33 games this season and PSG are said to be keen to reward him to the tune of £600,000 a week. Second on the French list is Ousmane Dembele and that was definitely stupid money for an unsound investment.

Brazil: Neymar (Santos to Barcelona – £71.5m)
Football’s most expensive Brazilian had already broken records when he moved to Barcelona, who more than doubled their money on Mr Overrated.

England: Aaron Wan-Bissaka (Crystal Palace to Manchester United – £50m)
An awful lot of money for an uncapped full-back but he could be in that role for the next decade.

Aaron Wan-Bissaka has been the best signing of this season. Consistent each and every game since day one, most likely to win our POTY aswell. That £50m fee looks like a bargain now.

There shouldn’t be any doubt about this. pic.twitter.com/wngMUKvehy

Croatia: Mateo Kovacic (Inter Milan to Real Madrid – £34m)
And then Chelsea made him the most expensive Croat. And we are still waiting for our first dud.

Portugal: Joao Felix (Benfica to Atletico Madrid – £113m)
This might be the fella. Four goals and one La Liga assist is a pitiful return on that kind of investment but a) there have been injuries and b) he is only 20.

Spain: Isco (Malaga to Real Madrid – £27m)
The winner of four Champions League titles but Real Madrid do seem to have been open to selling him for just about as long as he has been there.

Argentina: Paulo Dybala (Palermo to Juventus – £36m)
With 91 goals in 216 games for Juventus, you have to conclude that he was worth the money.

Mexico: Edson Alvarez (America to Ajax – £13.5m)
Just six Eredivisie starts this season for a player who has already amassed 31 caps for his country.

Italy: Alessandro Bastoni (Atalanta to Inter – £28m)
Now that was a whole lot of money for an 18-year-old. Almost three years and two loan spells later, he is finally established in the Inter first team. Still yet to be capped by Italy, mind.

Interest from #ManCity in Inter centre-back Alessandro Bastoni (21) is well established, having watching him live on two occasions in the winter. However, Inter consider Bastoni as unsellable and are now readying a new five-year deal.

Netherlands: Matthijs de Ligt (Ajax to Juventus – £67.8m)
Smashing Memphis Depay’s fee out of the water was last summer’s transfer of a teenager. And the campaign to lure him to Barcelona started pretty much the minute he landed in Italy.

Germany: Leroy Sane (Schalke to Manchester City – £37m)
And Bayern Munich seem to think they can now buy him for pretty much the same fee. Good luck with that. And good luck to Manchester United in trying to buy Kai Havertz for £50m.

Denmark: Kasper Dolberg (Ajax to Nice – £18.45m)
There was a time when Dolberg looked bound for slightly loftier heights than Nice, where he has quietly scored 11 Ligue Un goals in a debut season that has seen him quickly become a club hero.

Here is another impressive stat for #OGCNice Player of the year Kasper Dolberg:

“Impressive 78.1 per cent of his shots on target, the best ratio in any of Europe’s top five leagues for a player taking at least 20 shots on goal.” https://t.co/8bwAMFnLvG

Chile: Vitor Davila (Necaxa to Pachuca – £9.5m)
He is a striker and he has scored four goals in 38 games for his new club. File under ‘must do better’.

Sweden: Dejan Kulusevski (Atalanta to Juventus – £31.5m)
Much is expected of Kulusevski, who joined Juventus in January and immediately went back on loan to Parma. He is fast, tricky and works bloody hard. He could be sensational.

Poland: Krystian Bielik (Arsenal to Derby – £7.4m)
This price could rise to around £10m, while there is also potential for Arsenal fans to be incandescent with rage if it turns out he is any good at all. Unai Emery, you, you, you…

Senegal: Ismaila Sarr (Rennes to Watford – £27m)
Watford fans liked what they saw from Sarr even before he scored twice against bloody Liverpool.

What a performance 👏 #watfordfc pic.twitter.com/u3x2qio4T1

Peru: Jefferson Farfan (Allianz Lima to PSV Eindhoven – £3.15m)
Guus Hiddink liked what he saw of 19-year-old winger Farfan in 2004 and 16 years later he would still be playing football but for a knee injury, having arrived in Russia via the Netherlands, Germany and the UAE.

USA: Christian Pulisic (Borussia Dortmund to Chelsea – £58.3m)
Is he any good? The jury is very much out and could yet be out for a while.

Wales: Daniel James (Swansea to Manchester United – £15m)
No Premier League goals since August, but nobody seriously expected him to start 25 top-flight games. You fear for him if United spend big this summer.

On-loan Andriy Lunin: “I prepare myself every day to play for Real Madrid. I will do everything that depends on me to succeed there – as for my future, everything depends on Madrid. They told me that I will finish the season with Oviedo, and then we will talk.” pic.twitter.com/KaoswFZyad

Adalberto Penaranda (Udinese to Watford – £9.5m)
Four years and four loan spells later, Penaranda has played three times for Watford. He might not be the next Salomon Rondon after all.