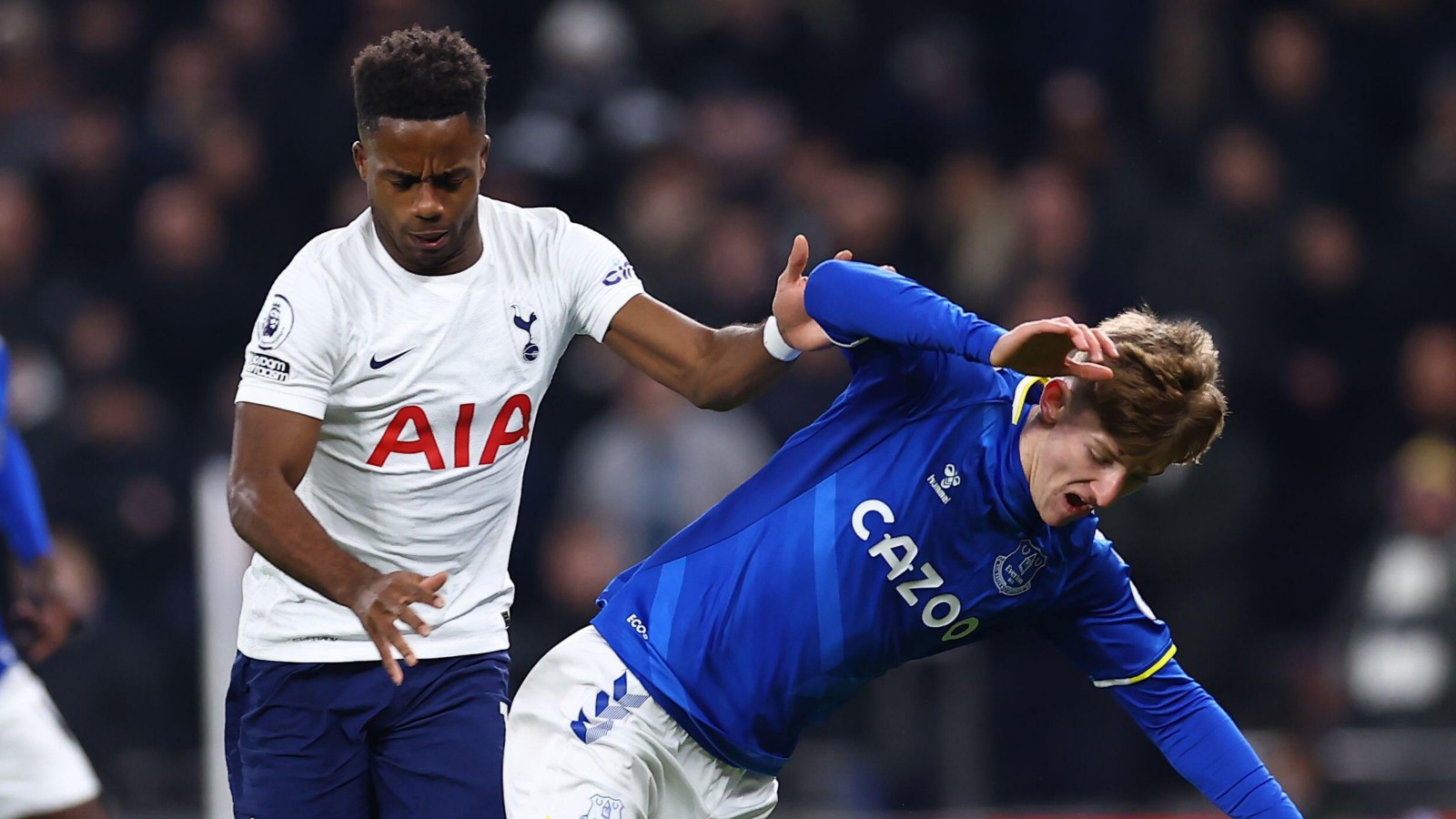 This lot, including a current Arsenal starter, went for big money despite being uncapped by England at the time. Anthony Gordon would go top.

20) Harry Maguire (Hull to Leicester, £17m, June 2017)
Long forgotten is the Harry Maguire who rocked up to his first England gathering at St George’s Park carrying some of his belongings in a black bin bag. That innocent, naive 24-year-old had only been at Leicester for two games before his first England call-up in August 2017, with his actual debut coming a few months later. Gareth Southgate had considered giving Maguire the international nod during his time at Hull but the “defender that is very comfortable with the ball” ended up going down before coming up smelling of roses.

19) Aaron Ramsdale (Bournemouth to Sheffield United, £18.5m, August 2020)
A Sheffield United player during both of his England U18 appearances and the first five of his 12 England U19 caps, Ramsdale was signed by top-flight Bournemouth for £800,000 in January 2017. The keeper eventually broke into the first team for the 2019/20 season, suffering relegation as the club’s Player of the Year. Sheffield United, in their second season back in the Premier League, signed their academy product back for £18.5m and were subsequently relegated themselves with Ramsdale named Player of the Year.

18) Alfie Mawson (Swansea to Fulham, £15m to £20m, August 2018)
“The last time I spoke to him I was at Swansea in the thick of things in the relegation battle and he said realistically if you want to get back into it obviously the Premier League is a must,” said Alfie Mawson, explaining the influence Gareth Southgate had over his decision to leave Swansea upon their drop to the Championship in 2018. The centre-half had made a 27-man England squad that March as part of a late push for the World Cup squad, but did not make it off the bench against either the Netherlands or Italy.

Wycombe Wanderers at the age of 28, to save you a Google.

17) Keane Lewis-Potter (Hull to Brentford, £16m rising to £20m, July 2022)
It seems unlikely that Keane Lewis-Potter will have activated any of the £4m worth of add-ons which would theoretically take his Brentford move to the £20m mark. The 21-year-old has made two Premier League appearances from the bench and scored his first goal for the Bees in their League Cup victory over Colchester. A senior step-up would ideally be next after four England U21 caps and one goal, all of which have come in 2022.

16) Eberechi Eze (QPR to Crystal Palace, £16m rising to £20m, August 2020)
The prescience of Les Ferdinand knows no bounds. In March 2020 he suggested that QPR midfielder Eberechi Eze “has shown the kind of form and, if he continues to develop in the way he is developing and keeps showing the type of football he has been playing, he is certainly going to put himself in the frame. People are going to start talking about him playing for England.” Just under 18 months and one move to Crystal Palace later, he was on the provisional list for the delayed European Championship squad before an Achilles injury scuppered those hopes and Ferdinand’s vision.

15) Marc Guehi (Chelsea to Crystal Palace, £18m rising to £20m, July 2021)
The three senior caps Marc Guehi has added to his collection of 59 appearances at various England youth levels have come since the centre-half’s move from Chelsea to Crystal Palace. Before that Selhurst Park switch, Guehi had not even played above the Championship. It feels as though his decision to leave Stamford Bridge has been ever so slightly vindicated.

14) Adam Webster (Bristol City to Brighton, £20m, August 2019)
While currently registering on the radar of both Southgate and Chelsea, it fell upon those clever sods at Brighton to give Adam Webster the platform his talents deserve. Ipswich signed him from Portsmouth for £800,000 in June 2016. Bristol City picked him up for £3.5m in July 2018. The Seagulls swooped at the club-record cost of £20m a year later. He’s very much due a nine-figure move.

13) Carney Chukwuemeka (Aston Villa to Chelsea, £20m, August 2022)
Aston Villa received the equivalent of £1.3m for every senior club appearance Carney Chukwuemeka had made before his acrimonious move to Chelsea this summer. The teenager left for more playing opportunities and made his first matchday squad under Thomas Tuchel for the humbling against Leeds. He does come with some international pedigree, having started all five games at this year’s U19 Euros, scoring three goals, assisting two and breaking the deadlock in extra-time of the final against Israel.

12) Jarrod Bowen (Hull to West Ham, £18m to £22m, January 2020)
England recognition finally arrived for Jarrod Bowen after an 18-goal season with West Ham, in which he scored against Manchester City, Chelsea, Tottenham and Arsenal and reached a European semi-final. Hull will have surely received a little extra on top of the initial fee which took him to East London, not least from those four bright international caps this summer. The poor sap has yet to win for England, mind, foolishly timing his breakthrough for their atrocious Nations League campaign.

11) Rhian Brewster (Liverpool to Sheffield United, £18m to £23.5m, October 2020)
Scraping into a list of the ten most expensive sales in Liverpool history is Rhian Brewster, whose four first-team appearances for the Reds came in the Community Shield, FA Cup and League Cup. The forward made the bench for the 2019 Champions League final and was named in just two Premier League matchday squads but Sheffield United believed in the hype and parted with up to £23.5m. An England call hardly beckons, which ought to please grumpy old nemesis Danny Murphy.

10) James Maddison (Norwich to Leicester, £22.5m to £24m, June 2018)
It matters not whether Coventry, Norwich, Aberdeen or Leicester pay his wages: James Maddison is unfancied by Southgate and that substitute cameo debut in a 7-0 win over Montenegro will probably be his first and last England outing. That PFA Team of the Year place and Norwich Player of the Season award which tempted Claude Puel into parting with £20m-plus will have to do.

9) Joe Willock (Arsenal to Newcastle, £20m to £25m, August 2021)
Back in more innocent times, when club-record Newcastle signings didn’t have to be compared to the price of an Anthony Gordon and the Magpies were a little more parsimonious, Steve Bruce was successfully tempted into making Joe Willock the last permanent Magpies signing of the pre-PIF era. He is now the club’s third-best central midfielder, behind two of the best in the entire Premier League.

8) Tyrone Mings (Bournemouth to Aston Villa, £20m to £26.5m, July 2019)
It was A Big Thing when Aston Villa agreed to chuck £20m Bournemouth’s way in the process of making the loan of Tyrone Mings a more permanent feature in 2019. The centre-half had played a key part in their rise from the Championship and as that year’s official Promoted Team That Makes A Load Of New Signings, it did make sense. An England squad place arrived a few months later and the Villa captaincy followed in 2021. He appears to have carelessly lost both.

7) Jude Bellingham (Birmingham to Borussia Dortmund, £22.5m to £30m, July 2020)
Manchester United pulled out all the stops and even wheeled in Sir Alex Ferguson but the lure of a clearer path in the Bundesliga sent Jude Bellingham on his way to Borussia Dortmund. With 94 appearances for the German side since – and an increase in his value by at least threefold – it is difficult to argue that he made the wrong choice. Looking back, that sort of money for a teenager whose only season of senior first-team football was spent in a second-tier league was ludicrous. No wonder Birmingham retired his shirt number.

6) Aaron Ramsdale (Sheffield United to Arsenal, £24m to £30m, August 2021)
The only player to appear twice on this list. Ramsdale was as uncapped by the senior England side when he joined Arsenal as when he moved back to Sheffield United the year before. The only difference this time was the ridicule he faced upon that switch to north London as a twice-relegated keeper signed as back-up for Bernd Leno. It took him a couple of months to prove the doubters wrong and not much longer to muscle and sh*thouse his way into the England picture.

5) Ryan Sessegnon (Fulham to Tottenham, £25m to £30m, August 2019)
The last signing of Mauricio Pochettino’s reign in a deal jointly announced with Giovani Lo Celso’s loan. Ryan Sessegnon could not establish himself under the Argentinean or Jose Mourinho, was on loan at Hoffenheim for Ryan Mason’s stint and found no joy under Nuno Espirito Santo either. Those four managers gave him 916 Spurs minutes; the 22-year-old has 1,414 to his name under Antonio Conte. And if he carries on in the same vein he could be an outside shout for an England spot some time soon.

4) Jordan Pickford (Sunderland to Everton, £25m to £30m, June 2017)
“The club’s only going forward, so it’s the best thing I can be doing,” said Jordan Pickford upon his move from Sunderland to Everton, who had just finished 7th in the Premier League and have come 8th, 8th, 12th, 10th and 16th in the subsequent five seasons, while currently sitting 17th. His first England call-up came that August before his Three Lions debut in November. No-one has been able to out-rave him between the sticks for his country in the meantime.

3) Ollie Watkins (Brentford to Aston Villa, £28m to £33m, September 2020)
One season as a centre-forward was enough to tempt Aston Villa into parting with up to £33m for Ollie Watkins in September 2020. The following month he scored a perfect hat-trick against reigning Premier League champions Liverpool and everything felt right. Within the year he had his first England cap, start and goal, making the provisional list for the Euros. But he has been usurped in the perennial race to clean Harry Kane’s boots.

2) Morgan Gibbs-White (Wolves to Nottingham Forest, £25m to £44.5m, August 2022)
That Sheffield United loan made Wolves an awful lot of money. After a season spent earning the title of the Blades’ Player of the Year, Morgan Gibbs-White was pursued by Nottingham Forest and former England youth manager Steve Cooper. A flat fee of £25m stands to be topped up depending on appearances and starts, Forest’s Premier League survival and then European qualification, on top of sell-on clauses pertaining to whatever profit the Tricky Trees make on any subsequent sale. The 22-year-old has only made 48 Premier League appearances and scored once but a first top-flight campaign in more than two decades does things to a club.

1) Aaron Wan-Bissaka (Crystal Palace to Manchester United, £45m to £50m, July 2019)
Crystal Palace supporters probably felt that it was the usual show of big club bias from Gareth Southgate to not cap Aaron Wan-Bissaka and call him up as soon as he joined one of the elite. But despite that place in an August 2019 England squad, the right-back has as many international caps at Old Trafford as he earned at Selhurst Park, with Manchester United facing a £40m loss.