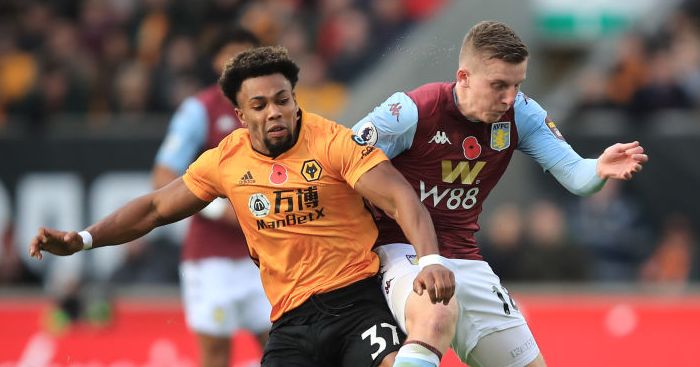 Rodrigo will be added to this side when Leeds finally get that deal done. Aston Villa and Fulham have been busy over the years. And only summer deals by newly-promoted clubs will be included. So Rui Patricio, whose £18m compensation fee was agreed in November 2018, does not count.

GOALKEEPER: Craig Gordon (£9m, Sunderland, 2007)
It was upon Sunderland’s most recent promotion to the Premier League in 2007 that manager Roy Keane finally decided he was sick to death of this goalkeeper, fighting Darren Ward at half-time, swinging punches at that guy and refusing to allow him on the team bus after the majority of their games en route to the Championship title.

The former Wales international had kept a measly 11 clean sheets all season so a replacement was required. Sunderland responded by spending the most a British side ever had on a goalkeeper, signing Craig Gordon from Hearts. He was dropped for three games midway through the campaign after a 7-1 defeat at Everton, with Ward taking his place. Gordon stayed at the Stadium of Light until 2012 but only actually managed 88 Premier League games in five seasons due to injury, form and the existence of Marton Fulop.

RIGHT-BACK: Javier Manquillo (£4.5m, Newcastle, 2017)
If goalkeepers are rarely top of the newly-promoted agenda, they at least tend to take priority over bringing in a lavish new right-back. Those that can do a good enough job there in the second tier tend to be able to translate to the top flight. Javier Manquillo even came with title-challenging and relegation-battling experience – albeit unsuccessful on both fronts – when he joined Rafael Benitez’s Newcastle in 2017. He penned a new four-year contract at St James’ Park in June and would definitely have retained his first-team place in an oil-fuelled Magpie utopia.

CENTRE-BACK: Alfie Mawson (£20m, Fulham, 2018)
Curtis Davies, Michael Mancienne and David Wheater finally have some seemingly permanent company at the table of centre-halves named in England squads after brief spells of prominence but who remain uncapped and will struggle to convince their grandchildren of the veracity of such a preposterous claim in future years. Alfie Mawson did not miss a minute of Swansea’s 2017/18 relegation season but impressed enough to earn a move to Craven Cottage, where he subsequently played 15 times before succumbing to a knee injury as they themselves went down. The 26-year-old is back for some unfinished business and already ahead of Conor Coady in the international pecking order.

CENTRE-BACK: Tyrone Mings (£20m, Aston Villa, 2019)
It was heavily derided but sensibly explained. Aston Villa stayed up, Bournemouth went down and Tyrone Mings established himself in the England side along the way so there is no buyer’s remorse over a year later. Quite the opposite, as Dean Smith was given the test drive of a six-month loan in January 2019 and was so enamoured with a player that had featured 23 times in three-and-a-half seasons on the south coast that he soon sought a more enduring arrangement. The Villa fanbase would have demanded his resignation otherwise, such was their own instant realisation that as good as he already was, Mings can only get better.

LEFT-BACK: Matt Targett (£14m, Aston Villa, 2019)
Fulham did the same thing with Southampton left-back Matt Targett in January 2018, bringing him in on a short-term loan in the winter and proceeding to secure promotion through the play-offs. He played the full 90 minutes of the final, a victory over the Villa team that would come up using the same route 12 months later. One of their first acts back in the Premier League was to hit the Targett in a case study to prove the English premium exists. He spent much of his first season at Villa Park suffering unfortunate injuries whenever a fast, skilful opposition winger was on his flank, and should probably get that checked out while he has the time.

RIGHT WINGER: Adama Traore (£18m, Wolves, 2018)
Speak of the oiled-up and inflated devil. Targett was taken off at half-time of a 2-1 defeat to Wolves in November after being given a torrid time by Adama Traore down the left. So perturbed was he by the experience that when the two teams played again in June, he hobbled off after 11 minutes despite the winger sitting on the substitute’s bench until just after the hour mark.

It is worth remembering that more eyebrows were raised than during an Ancelotti family reunion when Wolves parted with £18m to sign Traore. His previous two Premier League spells delivered three assists, no goals and a pair of relegations in 37 appearances for Aston Villa and Middlesbrough. Yet Nuno spotted a rough diamond and could make almost four times his initial investment within a couple of years.

CENTRAL MIDFIELDER: Jean Michael Seri (£25m, Fulham, 2018)
Siri is an intelligent assistant that offers a faster, easier way to get things done on your Apple devices. Even before you ask.

Seri is not. Jean Michael was linked with Liverpool and Barcelona in summer 2017 so when Fulham celebrated promotion by signing him a year later, the safe assumption was that they had overseen quite the coup.

What transpired was an ineffective and anonymous few months in a disjointed side that lacked managerial stability. Seri offered about as much resistance against relegation as an umbrella in a tsunami, tunnelling his way out to Galatasaray on loan soon after their drop to the Championship was confirmed. The Turkish side want to take him back for another season and one does not envisage much of a fight from Scott Parker.

LEFT WINGER: Jose Izquierdo (£13.5m, Brighton, 2017)
With a name that translates roughly from Spanish to English as Joe Left, Jose Izquierdo was nominatively determined all the way to Brighton in 2017. He scored five goals and assisted four in 32 games which, for a Chris Hughton side, is Ballon d’Or form. But injuries have taken their toll as nine league starts in 2018/19 became not a single first-team appearance of any kind in 2019/20. He is as forgotten as they come.

CENTRE-FORWARD: Aleksandar Mitrovic (£22m, Fulham, 2018)
He might not have scored enough goals to single-handedly keep them in the Premier League but Aleksandar Mitrovic has twice been prolific enough to help Fulham on their journey back. His 12 strikes in 17 games in 2017/18 and 26 in 40 last season contributed heavily to two play-off successes, the first of which persuaded Shahid Khan to sign the striker for up to £27m from Newcastle in summer 2018. He’s still good enough to start for all but two teams in the world. To be honest, Barcelona would probably take him right now.

CENTRE-FORWARD: Wesley Moraes (£22m, Aston Villa, 2019)
Even with just five goals in 21 games before a cruciate ligament injury sidelined him in January, Wesley might suggest his output helped Aston Villa as much as anyone. The striker scored in a 2-1 win in his last game, as well as in a 2-0 victory over Everton in August and twice in October’s 5-1 destruction of Norwich. For a club that stayed up on goal difference, with only two players scoring more in the league, they proved to be invaluable.