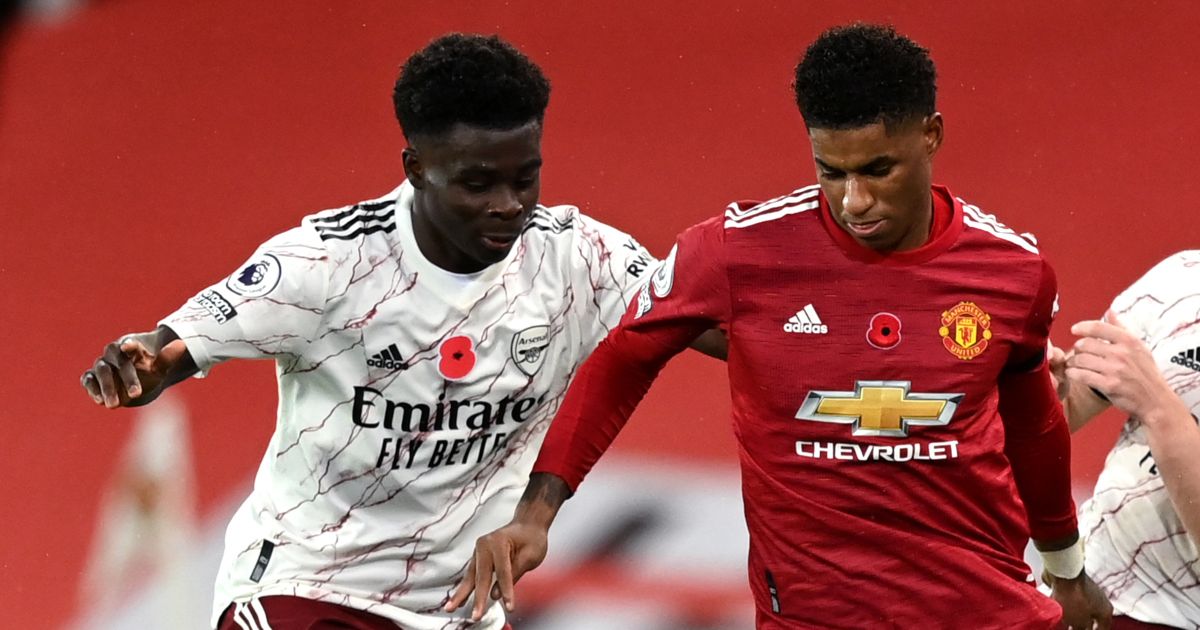 A footballer for every age. From the teenagers like Bukayo Saka to the old men like Zlatan. We have used transfermarkt is our guide though their valuations are on the low side so we have taken the order but not the numbers…

16: Youssoufa Moukoko (Borussia Dortmund)
He made his Bundesliga debut the day after he turned 16 and he has since scored three goals in 14 appearances. Nike have already thrown a boat-load of money at the Cameroon-born potential superstar.

17: Florian Wirtz (Bayer Leverkusen)
Pushing England’s own Jude Bellingham into second place is attacking midfielder Wirtz, who was called into the German senior squad for their World Cup qualifiers.

“A creative agile player, who makes everything look effortless, intelligent and always 2/3 steps ahead of play. Plays with such confidence and ease”#florian #wirtz #Bayer04 #fiveyards #Scouting #football https://t.co/IRf03AYpvq pic.twitter.com/KqCVrb24dX

18: Ansu Fati (Barcelona)
Currently injured, the full Spanish international had notched five goals and four assists in ten La Liga and Champions League games by early November. Manchester United are – if reports are to be believed – forever knocking on the door and asking if Ansu can come out to play.

19: Bukayo Saka (Arsenal)
Well, well. Leapfrogging Mason Greenwood is the Arsenal winger who had excelled at wing-back for club and country while still only 19. He is an astonishingly good player and already, the Gunners’ prospects pretty much lie in his hands.

20: Erling Haaland (Borussia Dortmund)
Of course. He is bloody marvellous. 49 goals in 49 games for Borussia Dortmund is ludicrous. He could probably improve just about every club in the world. But mostly Manchester City.

21: Jadon Sancho (Borussia Dortmund)
In a supposedly poor season, he has 12 goals and 16 assists in 31 games. Will Dortmund sell one, both or neither of their assets this summer? And will either of them be lured to the Premier League?

22: Kylian Mbappe (PSG)
Even with a contract rapidly running down, he would command a fee all of the madness. Destined to be forever locked in a Ronaldo v Messi-style battle with Haaland, Mbappe has quietly scored 30 goals in all competitions this season (including a low-key hat-trick v Barcelona).

23: Marcus Rashford (Manchester United)
Not the most natural of finishers – he has stalled on nine Premier League goals for the season – but still an excellent footballer who has excelled on the left of Manchester United’s attack. They will never sell him. He should also be Prime Minister.

24: Rodri (Manchester City)
That he is only 24 seems absurd. He is enjoying a very, very good season in the heart of Manchester City’s midfield. The succession plan to replace Fernandinho was definitely stronger than their non-attempt to replace Vincent Kompany.

25: Serge Gnabry (Bayern Munich)
You know the story. He’s the former Golden Boy nominee who was sent by Arsenal on a disastrous loan spell to West Brom after a serious injury and was then sold to Werder Bremen for just £5m. Five years later he has won all of the medals with Bayern Munich and has scored 15 goals in just 19 games for Germany.

27: Harry Kane (Tottenham)
Has scored so very many goals for club and country and could end up breaking records for both. And yet Stan Collymore still has advice about how he could be even better. Spoiler: It involves standing in the area.

Harry Kane has 46 goal contributions in 47 games for club and country this season 😳 pic.twitter.com/XzQ9hOWBG0

28: Mo Salah (Liverpool)
The scorer of 119 goals in 192 games for Liverpool, the debate continues to rage about whether the Reds should cash in on a player whose sell-on value is only likely to go down as his age goes up. 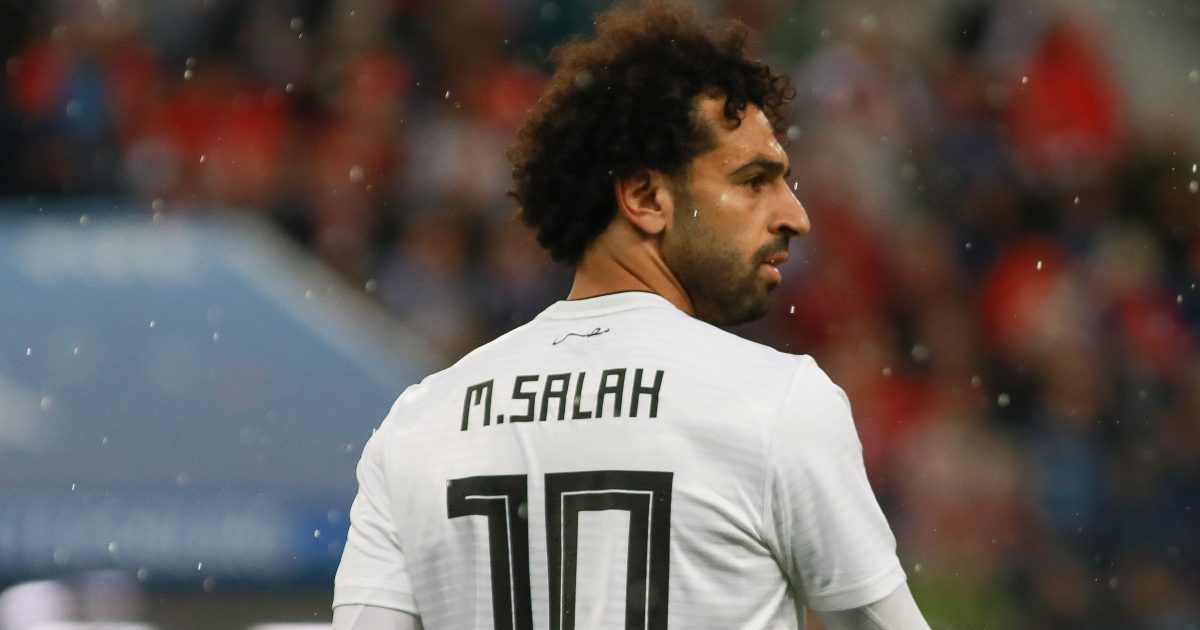 29: Neymar (PSG)
We are heading into ‘no sell-on value’ territory here with the Brazilian who transferred to Paris in a £200m quest to win individual honours only to find that he really, really, really wants to play for Barcelona. But he is stuck, and injuries have restricted him to just nine Ligue Un starts this season.

30: Antoine Griezmann (Barcelona)
You cannot transfer for north of £100m and get away with being just about okay. The latest rumours are that Barcelona will let him leave for closer to £50m, though it remains to be seen who would be interested even at that price. We say it ‘remains to be seen’ but clearly the answer is Manchester United. Mind you, he can still do this…

Antoine Griezmann scores a banger for France ..What a Goalpic.twitter.com/PpacEytGkF

31: Toni Kroos (Real Madrid)
“When I retire I will be able to say that I trained Cristiano [Ronaldo], [Gareth] Bale, [Luka] Modric, [Sergio] Ramos. But I will also say I coached Toni Kroos,” said Zinedine Zidane this season. The German is still one of the best in the central midfield business.

32: Robert Lewandowski (Bayern Munich)
He has scored 288 goals in 325 games for Bayern Munich. That is mental.

33: Lionel Messi (Barcelona)
He has scored 663 goals in 768 games for Barcelona. That is even more mental.

34: Luiz Suarez (Atletico Madrid)
He has scored 19 goals in La Liga this season. It might just be the best £6m ever spent in football.

35: Manuel Neuer (Bayern Munich)
Our first goalkeeper and he could potentially play another five years at this level.

36: Ronaldo (Juventus)
He’s decent. Though not quite as good as that other fella, obviously. And it turns out that he is not a cheat code for the Champions League.

37: Franck Ribery (Fiorentina)
The Frenchman has still eked out six Serie A assists this season. And he still scores the odd goal.

39-year-old Zlatan Ibrahimovic and 37-year-old Franck Ribery had never met in a club match before.

On Sunday during Fiorentina vs. AC Milan, they finally faced off and each scored a goal 🍷 pic.twitter.com/wLoEvoj9wU

38: Jorge Molina (Granada)
A free signing from Getafe, the veteran Spanish striker has scored a credible 11 goals in all competitions this season, including a goal against Molde to earn a quarter-final clash with Manchester United. Now to see whether he is still quicker than Harry Maguire.