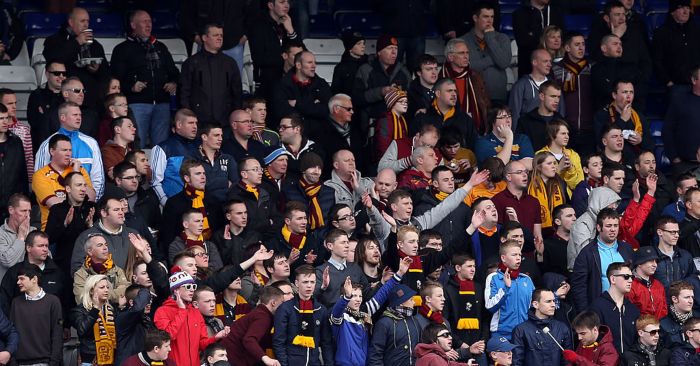 As domestic football eats itself over a restart to placate TV companies, fans are stepping up to the plate to nourish the sport through the Coronavirus crisis.

Supporters from clubs all over the UK have been leading fundraising initiatives to see clubs through the lockdown whilst also delivering crucial programmes to help communities in which football teams are embedded.

Football fans have always seen the game through its darkest hours, including the 1980s when, despite being treated as animals, fans sustained an unglamorous sport damaged by self-interested club owners, rank under-investment and poor policing.

The hooliganism thing – statistically only a tiny percentage of overall match-going fans – was used as a conduit to monetise the game and shift hard-up fans out of their own sport, in favour of the kind of free-market mess that sees TV companies now threatening to sue the Premier League over unplayed matches in a mortal worldwide pandemic.

But, the fans that were able to cling on are still keeping the game they love going and they are doing from it from Exeter to Airdrie.

At fan-owned Motherwell in Scotland, supporters have donated upwards of £10,000 for a virtual match as part of the Motherwell v Covid-19 campaign. The funds are being directed towards the club’s ownership body The Well Society and its Community Trust, but also a local suicide intervention charity called Chris’s House.

Motherwell fans, many of whom pay upwards of £5 a month in an innovative direct debit scheme to help fund the club, have also donated money to watch classic Steelmen matches online. Over 2,000 season tickets have already been sold by Motherwell despite not knowing when matches will resume. The club has responded in kind by offering season-ticket holders free access to streamed behind-closed-doors matches.

This north of the border community spirit is not limited to Motherwell, however, with Heart of Midlothian, also due to go fan-owned imminently, having sold over 5,000 season tickets despite the Jam Tarts being relegated and unsure when fans will be able to return to Tynecastle. The club’s fan-ownership organisation, The Foundation Of Hearts, recently marked 1,400 new pledges to its own direct debit scheme since football stopped, a quite incredible show of support from the Edinburgh side’s fans.

Meanwhile, down in deepest Devon at Exeter City, another supporter-owned team, fans kindly refused refunds on the cancelled derby game with Plymouth Argyle and on unplayed season-ticket fixtures, netting the club a cool £20,000.

Cheltenham Town fans have been busy snapping up cardboard cutouts of themselves to populate their empty Whaddon Road stadium ahead of their upcoming League Two play-off match against Northampton Town, raising a further £20,000.

Not that fan-led assistance is limited to a financial remit, with supporters all over the country bringing vital support to their communities. Fans Supporting Food Banks, a coalition of Liverpool and Everton fans, have been busy delivering vital protective equipment to key workers far and wide. Over 40,000 pieces of PPE have been distributed via Liverpool’s PPE Hub to help keep those on the front line safe.

With grace, generosity and grit, supporters united are showing they will never be defeated, even by Covid-19. The post-Coronavirus game will do well to start heeding the mantra: “football without fans is nothing”.