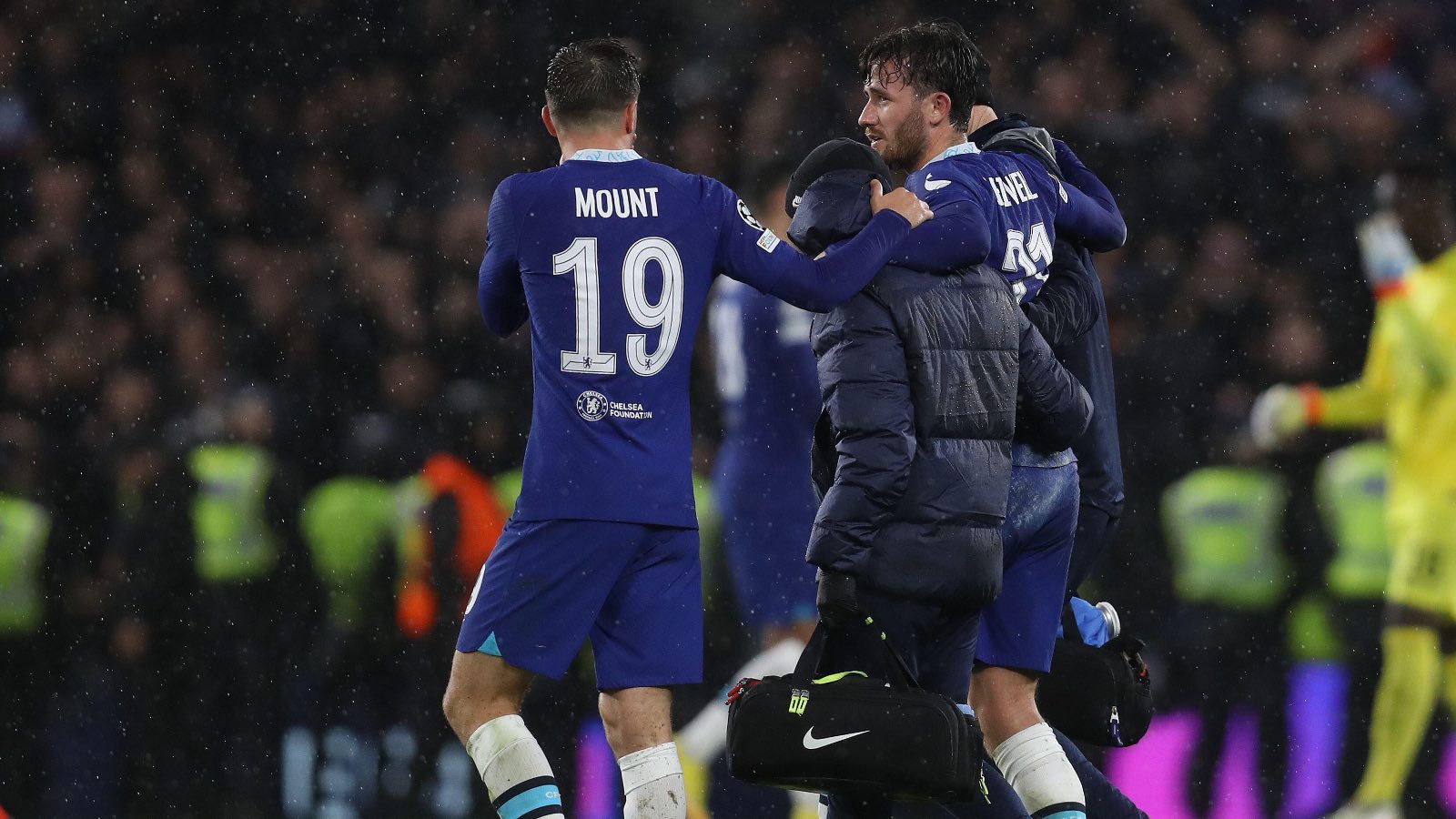 Mason Mount described Ben Chilwell’s stoppage-time injury as “tough to watch” after the Chelsea defender’s World Cup hopes were left in the balance.

The Blues came from behind to beat Dinamo Zagreb 2-1 in their final Champions League group game thanks to goals from Raheem Sterling and Denis Zakaria after Bruno Petkovic had put the Croatian side ahead.

But the evening was marred by Chilwell’s injury in the closing moments, with manager Graham Potter confirming afterwards it was a hamstring problem that could see the England international sidelined for the World Cup.

Chelsea team-mate Mount hopes Chilwell’s diagnosis is not as serious as feared, saying: “We don’t know how bad it is but that was tough to watch.

“We saw his reaction and that never looks good. As soon as you feel something and to not even think about the ball, it’s tough.

“We know what’s coming up, hopefully it’s not too bad and he can be back as soon as possible because we need him as well,” Mount told Chelsea’s website.

Chilwell, who was later pictured leaving the ground on crutches, did not start the Blues’ 4-1 thrashing at Brighton last weekend and the club was managing his workload after battling back from an anterior cruciate ligament injury.

Potter acknowledged this latest setback could harm the 25-year-old’s hopes of being part of Gareth Southgate’s World Cup squad, with England playing their first game of the tournament in Qatar against Iran on November 21.

Sterling, one of four players to keep their place after the Brighton debacle, equalised with his first Chelsea goal since September 14, much to Mount’s delight.

“It’s brilliant for Raz, he took his goal very well, very happy for him,” Mount added.

“He doesn’t think about how many games he goes without scoring. He’s so focused on helping the team and getting in the right positions and it will come for him, we know how good he is.”