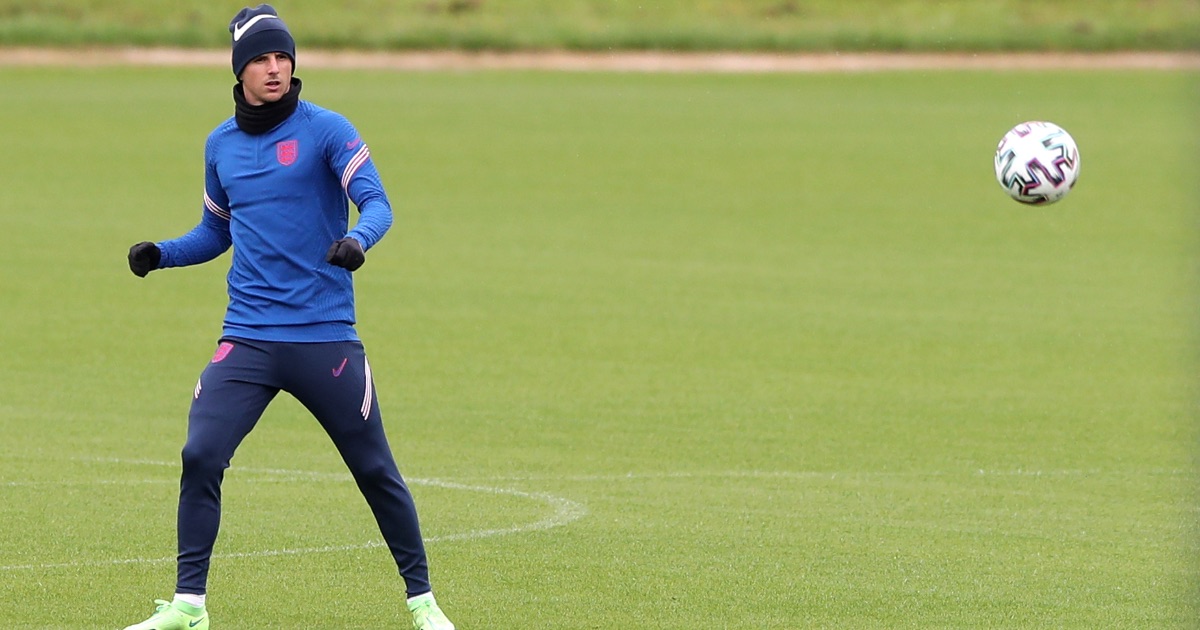 Should Jack Grealish or Mason Mount start for England against Germany?

Twelve months ago that question would have been met either with absolute Grealish certainty due to widespread reticence to recognise Mount as a brilliant footballer rather than just a teacher’s pet, or bemusement as to why it’s a choice between the two, with Grealish’s unquestionable worth also frequently questioned.

It was Grealish or neither; it’s now both or either. And far more likely either.

It would unequivocally be Mount had he not spent a few seconds too long in a tunnel with Billy Gilmour. Gareth Southgate saw early what it took the majority far longer to work out: a football team with Mount is a better football team.

Since scoring in the Nations League win over Belgium in October of last year, Mount had started all eight of England’s competitive fixtures before the win over Czech Republic. Just like he was Lampard’s boy, he’s also Southgate’s boy. He’s definitely now Thomas Tuchel’s boy too, and that could be key on Tuesday.

Ilkay Gundogan and Toni Kroos are likely to start in midfield for Germany; neither will be pleased to see Mount.

Kroos claimed he didn’t lose sleep after Mount’s goal secured semi-final victory over Real Madrid in the Champions League. Probably because he was knackered after 180 minutes of either swatting away or chasing the fly-like midfielder around the pitch.

Gundogan, meanwhile, will have felt the energy drain from his legs before the final even started, in the knowledge that Pep Guardiola had handed him the near-impossible task of being in sole charge of keeping tabs on Mount and the rest of Chelsea’s buzzing forwards. The space gifted to Mount and the perfect through ball that followed for Kai Havertz’s winner was ready-made insomnia.

And like the energetic, overly-familiar younger sibling at his brother’s parents-are-away party, here comes Mount again to tap on shoulders and ask for sips of beer. Oh, just piss off, will you.

He’s a wonderful irritant. In the way he presses the ball, but also through his unpredictability. Germany will know what to expect of Grealish: roughly where he will be; where he will go; what he will do. Stopping him is of course another matter and he is absolutely capable of slicing through what isn’t the most solid of defences. But they can plan for him; they can’t for Mount.

Grealish always wants the ball at his feet, but that can often be to England’s detriment. He will go searching for it – dropping deeper to make things happen, rather than staying in a position where he can really hurt his opponents. Mount is more patient, happy not to have the ball for an extended period in the knowledge that when he does get it, he has a better chance of creating or taking a chance from behind Kroos or Gundogan, rather than in front of them.

It’s a tough decision. But post-factum, if Mount starts and England lose, it will be sheer stupidity on Southgate’s part. How could he have possibly picked a player who has not trained with his teammates?

“There’s not only the training but the psychological part of that as well, of course,” Southgate said when asked whether Mount was a viable option to start against Germany. From the outside, when it comes to Mount, any issues – whether physical or mental – would seem to be less of an issue for him than any other England player.  He was “gutted” to miss the Czech game and presumably spent the whole 90 minutes kicking a football around his quarantine cell. He will be primed, ready to go like a rat out of an aqueduct.

It’s less about his readiness, more about the team’s and his role in it. It could be an issue if they opt for five at the back and have trained in that system all week. But then Mount has played in multiple roles in that formation for Chelsea this season and Southgate has frequently praised his “intelligence” and ability to alter his positioning at the drop of a hat. He won’t need much time to get up to speed.

Grealish’s threat is wonderful, but far more specific and predictable than Mount’s all-round irksomeness. England fans might rather see Grealish, but Germany would rather not see Mount.