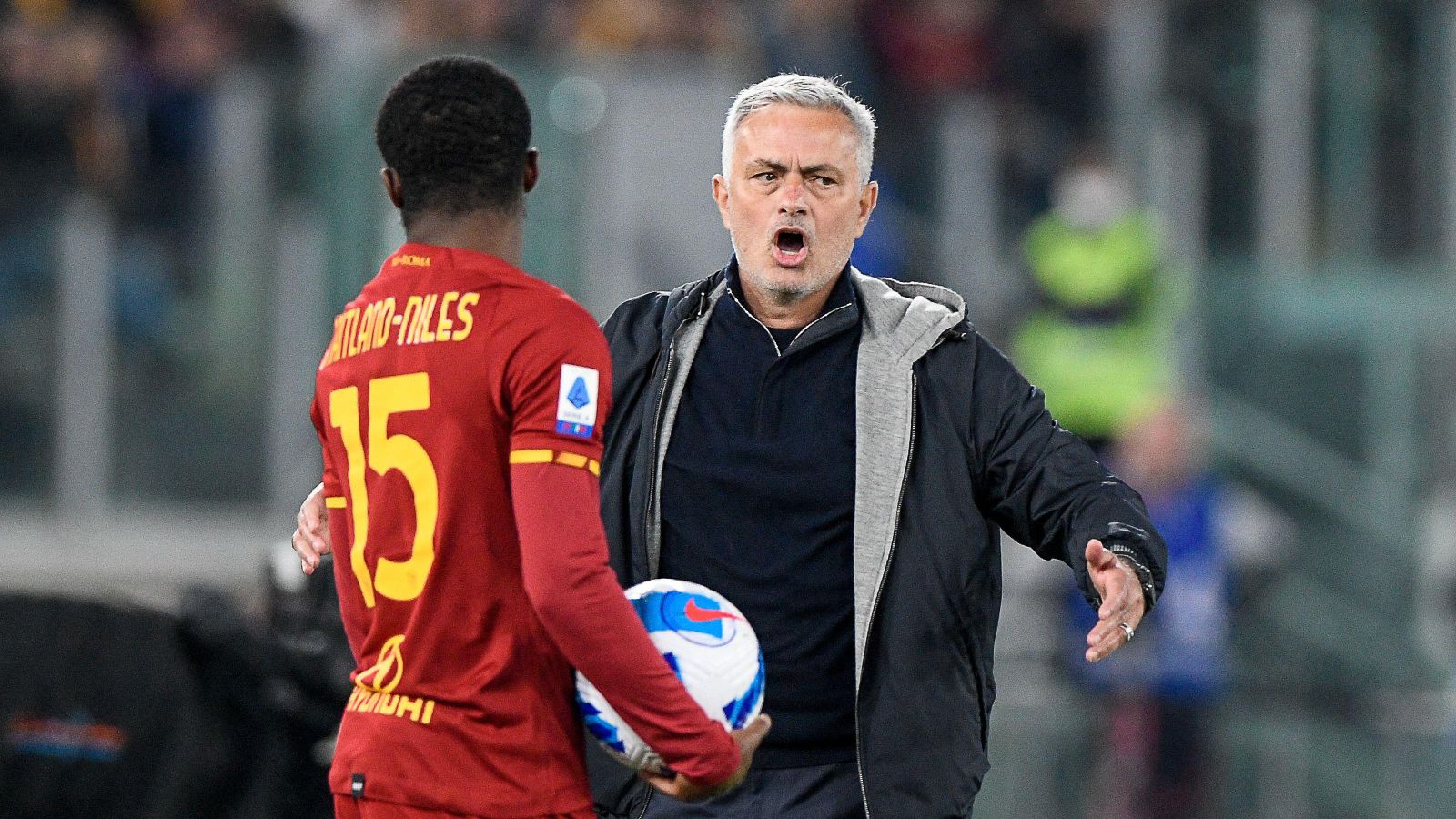 AS Roma manager Jose Mourinho has admitted that he will “miss” Ainsley Maitland-Niles with him returning to Arsenal ahead of the 2022/23 season.

Maitland-Niles made his senior debut for the Gunners during the 2014/15 campaign.

He has been in and out of the team over the past few years as he has played 132 times across all competitions.

With him barely featuring for Arsenal at the start of the 2021/22 season, he joined Roma on loan in January.

The 24-year-old played twelve times for the Italians. He did not feature in any of Roma’s last eight Serie A games.

Maitland-Niles was also an unused substitute in the semi-finals and final of the Europa Conference League. Mourinho’s side beat Feyenoord 1-0 last week to lift the trophy.

Fabrizio Romano is reporting that Maitland-Niles ‘will return’ to Arsenal ahead of next season.

It is understood that there are ‘no plans’ in place to negotiate a permanent deal. The player ‘will decide his future soon’.

When speaking about the Englishman’s exit, Mourinho insisted that Roma “will miss” him.

Elsewhere, Man Utd defender Aaron Wan-Bissaka has been tipped to join Mourinho’s Roma this summer as he “suits an Italian style”.

Wan-Bissaka was a key player during his first two seasons but he fell down the pecking order in 2021/22.

The 24-year-old only started two of United’s last ten Premier League games before the season finalised.

His last start in the league for Man Utd came as they were beaten 4-0 by Liverpool at Anfield.

Erik ten Hag is their new manager. It was revealed earlier this month that Wan-Bissaka is ‘not featuring’ in the Dutchman’s plans.

Former Premier League striker Noel Whelan has claimed that Wan-Bissaka is too “defensively-minded” to play for Liverpool, Man City or Tottenham:

“I think he suits an Italian style because he is very defensively minded.

“Other than that, I don’t know. You are looking at the middle of the Premier League table.

“I don’t think he will go to you Liverpool or Man City or Tottenham. Conte wants an attacking full-back and he isn’t that.

“I think that’s the issue and why he might struggle to find a club.”