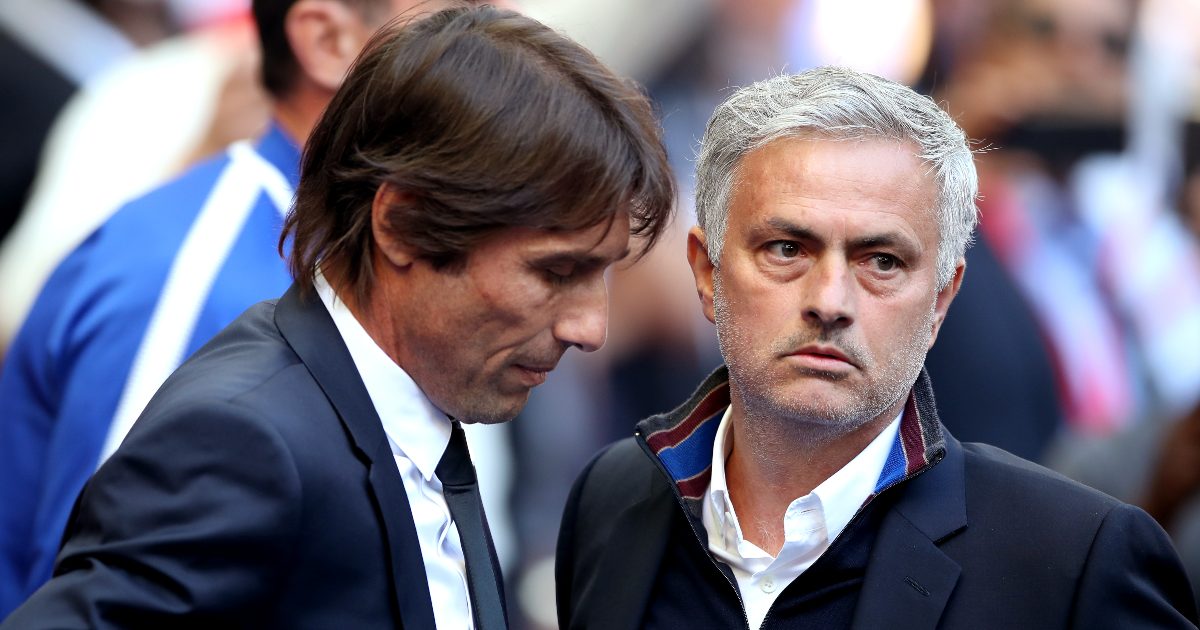 Mourinho spent 18 months in charge of Spurs before returning to Serie A for the first time since 2010 after he was sacked by Spurs chairman Daniel Levy.

The now Roma boss won consecutive Scudettos as well as the Champions League in his first spell in Italy with Inter Milan.

But after a good start with Roma, Mourinho’s side have won just one of their last seven games, including a 6-1 hammering by Norwegian minnows Bodo/Glint.

They currently sit sixth in Serie A, 13 points behind league leaders Napoli

The Express claim ‘one of the possible reasons for Mourinho’s recent struggles could reportedly be down to the appointment of Conte at Tottenham’.

He and Mourinho have had a long-running rivalry dating back to when the pair were in charge of Chelsea and United.

Mourinho accused Conte of “humiliating” United with his celebrations after a 4-0 Chelsea win, while Conte said the Blues wanted to avoid another “Mourinho season” after they won the title.

And his latest role appears to have unsettled Moruinho, who is unhappy at his nemesis replacing him once again.

According to Gazzetta dello Sport, Conte’s appointment at Spurs was ‘not received with indifference’ by Mourinho, due to the ‘fractious nature of their relationship’.

Meanwhile, Sergio Reguilon says he and his teammates will have to learn quickly under Conte.

“The gaffer is special. He loves training hard but now we don’t have a lot of time to work on the things he wants on the pitch. So we did a lot of meetings with videos this week.

“I’ve never played five at the back before. I have to learn quickly. The gaffer has told me he wants me to be solid in defence but at the same moment, I have to arrive in the box, help the strikers, score goals, give assists. Now I have more of a chance to score goals and give assists. So let’s work.”