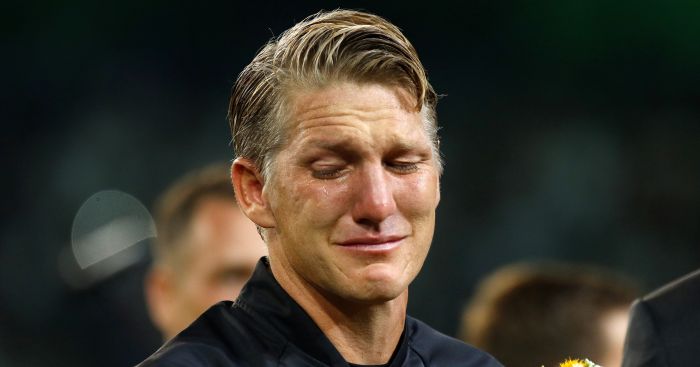 Bastian Schweinsteiger was blocked from playing in Manchester United’s Under-23 team by Jose Mourinho, according to reports.

In the Sunday People, Steve Bates reports that reserve team manager Warren Joyce asked Mourinho if he could pick the World Cup winner.

Schweinsteiger has been completely frozen out of the first-team picture by Mourinho, failing to make a matchday squad in any competition.

It now appears than it’s not just the first team that Schweinsteiger is banned from playing in.

Mourinho reportedly told Joyce that Schweinsteiger was not available for any of the club’s teams, and was only permitted to train.

It marks another blow in the relationship between Joyce and Manchester United, who is a reported target for Wigan Athletic.

Joyce has been critical of United’s young players, and is reportedly unhappy at the amount of players loaned out by the club.