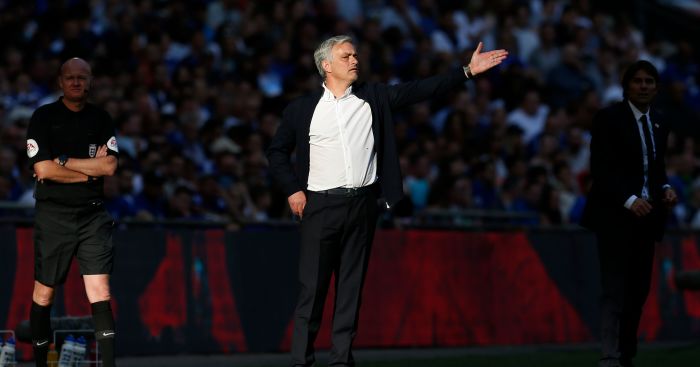 The Red Devils lost 1-0 to Antonio Conte’s men at Wembley after Eden Hazard scored a first-half penalty to edge the match.

“I congratulate them because they won but I don’t think they deserved to win,” Mourinho told BBC Sport.

“It was a bit hard for us to play without Lukaku against a team that defends with nine players. You need that presence. Every defeat hurts but I go home with the feeling we gave everything. No regrets.

“Chelsea are not stupid. They know our team without Lukaku or Fellaini does not have a presence so putting eight or nine players in front of the box they knew they would be dominant in that direct football. We tried everything by other ways but they had a huge block of compacted players.

“The image of the game is that David de Gea did not touch the ball. He touched the ball in the net.”