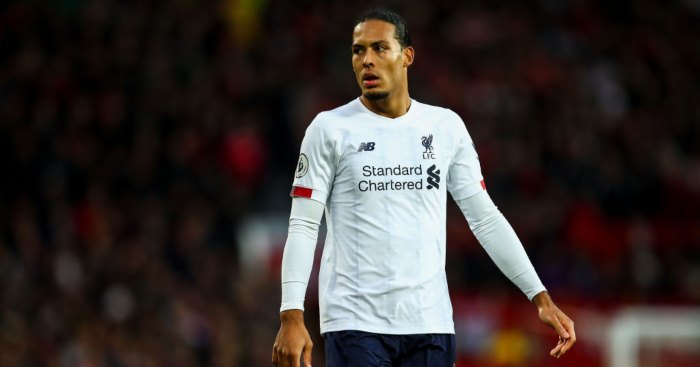 Van Dijk is the current favourite to win the Ballon d’Or with bookmakers, ahead of Lionel Messi, Cristiano Ronaldo and Liverpool teammate Alisson Becker.

The Reds had the best defence in the Premier League last term as they were pipped to the title by just a point by Manchester City before going on to win the Champions League.

Van Dijk has been widely credited for transforming Liverpool‘s rearguard under Jurgen Klopp following his £75m move from Southampton in January 2018.

Despite highlighting his qualities, Mourinho was loath to label him as the best defender in the world before Liverpool drew 1-1 at Manchester United on Sunday.

“That would be unfair to some fantastic central defenders, but in English football for sure, he has everything,” Mourinho said on Sky Sports before Liverpool’s draw at Old Trafford.

“It’s almost impossible to find a weakness in his game.”

Fellow Sky Sports pundit and former Liverpool midfielder Graeme Souness added: “He is the best for me. He’s faultless – when I watch him, he’s always in control, never extended.

“I’d like to see him get on the ball, get into midfield and make the simpler passes, but he borders on near faultless.

“Apart from the wonderful athleticism, he’s got the brain to sense danger.