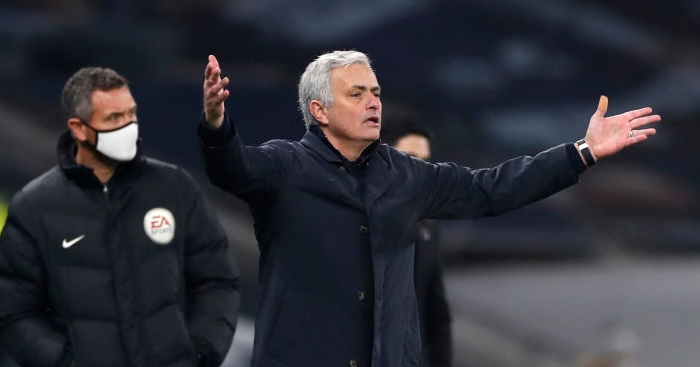 Jose Mourinho has congratulated Spurs chairman Daniel Levy for securing the signing of Pierre-Emile Hojbjerg in the summer after his brilliant performance in their 2-0 win over Arsenal.

A north London derby win against Arsenal on Sunday came on the back of victory over Manchester City and a draw at Chelsea and has his side topping the Premier League table.

They got the job done against the Gunners thanks to the lethal partnership of Harry Kane and Son Heung-min, who set each other up for first-half strikes and have now combined for 12 goals this season.

Son’s was a world-class finish into the top corner while Kane smashed home from close range to become the highest goalscorer in the history of the north London derby.

However, Mourinho picked out Spurs midfielder Hojbjerg for special praise and hailed him as a “phenomenal player”.

“Pierre is, first of all, very intelligent. He reads the game very well. He’s going to be a coach one day, for sure,” Mourinho told journalists.

“He’s a pain, asking questions about why we do this and why we do that. On the pitch, he reads the situation very, very well and the people that surround him are really compact, they read the game.

“And the guy is so simple in everything he does with the ball. And I think he’s a phenomenal player. Congratulations, Mr. [Daniel] Levy [Spurs chairman].”