Home All The News Mourinho ‘convinced’ Alli will remain at Tottenham

"He’s coming, he has a chance to play and it will be important for him to perform." 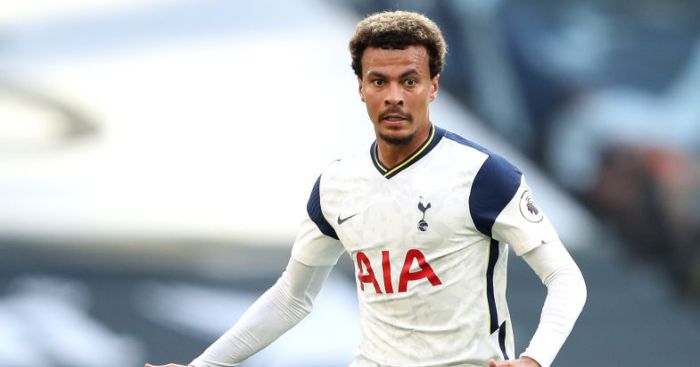 Tottenham boss Jose Mourinho expects Dele Alli to still be at the club when the transfer window closes and will give him the chance to prove his worth.

Alli was taken off at half-time of the opening day defeat to Everton and left out of the following two games and has been linked with a move to Paris St Germain in recent days.

But he will travel to North Macedonia for the Europa League third-round qualifying clash against Shkendija on Thursday.

OPINION: Why is the Carabao Cup taking place at all?

When asked if he expected Alli to stay, Mourinho told Sky Sports: “I believe, I can even say I am convinced, that he will be.”

The Portuguese added in a press conference previewing the game: “I always told (you) that he will have his opportunities, that (there’s) no problem at all to have him and, like every other player, performances are very important.

Alli looked like he was going to be a key player when Mourinho arrived at the club as he scored four goals in the first four games of the Portuguese’s reign, but injuries and inconsistency has seen him slip down the pecking order.

He lasted only 45 minutes against Everton in the first Premier League match of the season and then did not feature at all in games against Lokomotiv Plovdiv and Southampton, instead training at the club’s Enfield base.

Mourinho says the onus is on Alli to prove his worth.

“We all know that since Dele arrived from MK Dons he had ups and downs, he had fabulous periods and also other periods where he disappeared from the top level of performances.

“It is normal when you are in great form you play because you deserve because your production is big for the team. When you are not in a good moment, you don’t play and it is as simple as that.

“Players have to prove on the pitch with their performance, prove how good they are in that specific moment. Tomorrow he is selected, no decision yet about starting or being on the bench, but when he is selected he has chances to play.

“If he is on the pitch one minute or 90 minutes he has to show us, it’s that simple.”

Mourinho will take a full-strength squad to Macedonia as they try and make it through to a play-off against either FC Rostov or Maccabi Haifa next week.

Spurs’ preparations for the game were thrown into chaos after their planned Carabao Cup clash with Leyton Orient was called off on Tuesday due to a spate of coronavirus infections at the League Two club.

It does at least mean that their players will have extra rest and will likely see Mourinho name as close to his first XI as possible.

“The team that was supposed to play last night is different to the team that plays tomorrow,” Mourinho added. “The main reason is that we played last Sunday at Southampton and one thing is Sunday,Tuesday and another is Sunday, Thursday.

“So this is a normal situation for a football player of this level to have three days rest and to play again on Thursday. Normal.

“It’s not normal to play Sunday and then play Tuesday so obviously the teams are going to be different. The main reason is health and conditions to perform.

“Is the Europa League a competition that we want very much to get to the group stage. Yes it is.”