Home All The News Mourinho ‘could start’ Schweini for first time 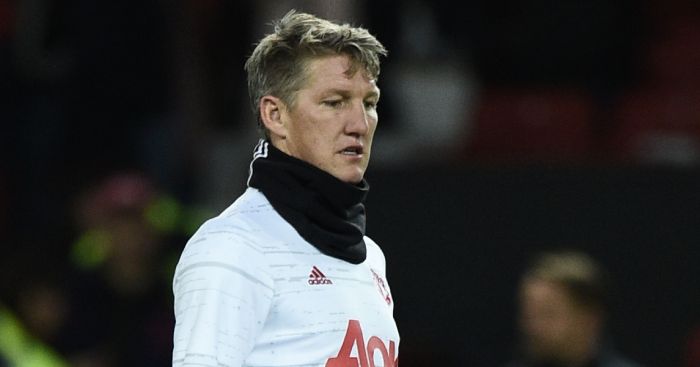 Jose Mourinho could be ready to hand Bastian Schweinsteiger his first start of the season when Manchester United face West Ham in the EFL Cup.

This is according to Sky Sports, who claims that Mourinho would have ‘no problem’ picking the 32-year-old, despite him not appearing in a single minute of first team football this season.

With Paul Pogba and Maroaune Fellaini suspended for the visit of the Hammers, it presents an opportunity for the German international to impress the management.

We have your afternoon Mail! United need Ronaldo back, more on Woodburn, Fabregas and a tribute to Chapecoense.https://t.co/9kfB075PQG

Schweinsteiger and Mourinho have not seen eye to eye since the Portuguese manager arrived at Old Trafford, with the former Bayern man being told he has no first-team future at the club.

He was then omitted from the Europa League squad, but in recent weeks he has come back onto the scene, training with the first-team squad and being named as a substitute in the Red Devils’ 1-1 draw with West Ham on Sunday.

This comes after reports in the Manchester Evening News, which claims that United are braced for interest in ‘up to 10 players’ in the upcoming transfer window.

The likes of Matteo Darmian, Daley Blind, Marouane Fellaini, Marcos Rojo, Ashley Young and Sam Johnstone are on the fringes, while Memphis Depay and Morgan Schneiderlin have been linked with moves to Everton.