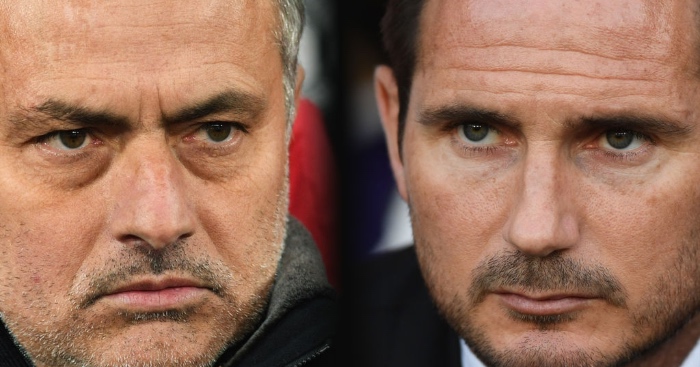 Jose Mourinho was quick to dismiss a reporter who suggested Tottenham have a “chance of progressing” in the Carabao Cup against Chelsea.

Spurs host the Blues on Tuesday evening, two days after a 1-1 draw with Newcastle, ahead of a Europa League clash on Thursday.

Mourinho has consistently complained about the schedule and dismissed suggestions that Chelsea’s poor form could lead to Spurs having the advantage.

🗣”You do have a real chance of progressing!” 💪

Jose Mourinho did not agree with a reporter who said Tottenham were favourites to beat Chelsea in the League Cup 🤣 pic.twitter.com/zQX9wR5K2Q

“You are joking or are you serious?” Mourinho asked.

After an awkward silence, the reporter confirms they are serious before asking for an explanation.

“They had Sunday and Monday, then they play Tuesday, then play again on the weekend.

“If the manager decides not to rotate, he can perfectly play with the players that he wants.

READ MORE: Klopp and Guardiola are sore losers with one key difference

But Lampard, who beat Mourinho’s Spurs twice last season, has not been impressed with the his former mentor’s complaints.

“I know they have a busy week this week. But when I analyse Tottenham and know the squad they have, and analyse what might be a team that maybe didn’t play 90 minutes pretty much yesterday.

“They have a fantastic squad, so I feel that any squad Jose will put out can be very strong.

“I think we all know that the Carabao Cup, for teams like ourselves and Tottenham – who are challenging for the top four and Champions League, like we are – then the Carabao Cup does have its place and we certainly respect it and every tournament we go in we’ll try and win.”