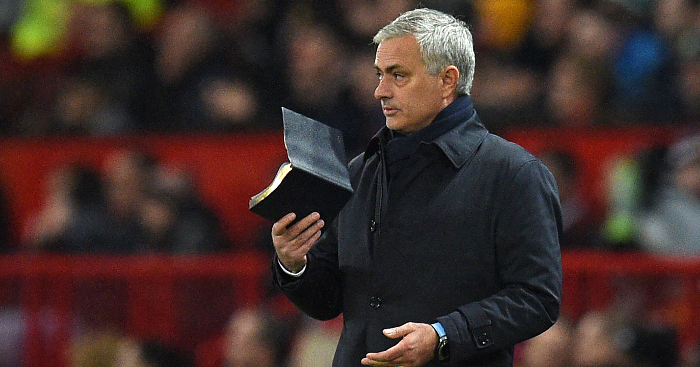 The striker put the hosts ahead after five minutes when his shot wormed its way under Paulo Gazzaniga, who ought to have done better.

But after being second-best for large parts of the first half, Spurs went into the break all square after a brilliantly skilful goal from Dele Alli.

The England international continued his rich vein of form by plucking the ball out of the air, taking it past two Manchester United defenders and slotting it past David de Gea.

But early in the second half, Spurs paid the price as Moussa Sissoko’s clumsy challenge felled Rashford in the box. He finished the resulting penalty, which decided the game.

It was the second goal that irked Mourinho, who singled it out for criticism, saying his side should have showed more awareness in the build-up.

“We started the second half with a goal that it is impossible to concede,” the Spurs manager told BBC Sport after the game.

“We were not alert, sleeping at the throw-in and we let [Marcus] Rashford attack. Once he is inside the box it’s more difficult to defend and he was clever and waited for the touch.

“In the first half they started more aggressive and more intense and deserved to be in front, maybe even 2-0, then we took control of the game.

“The goal at the start of the second half gave United the chance to play the way they did.”