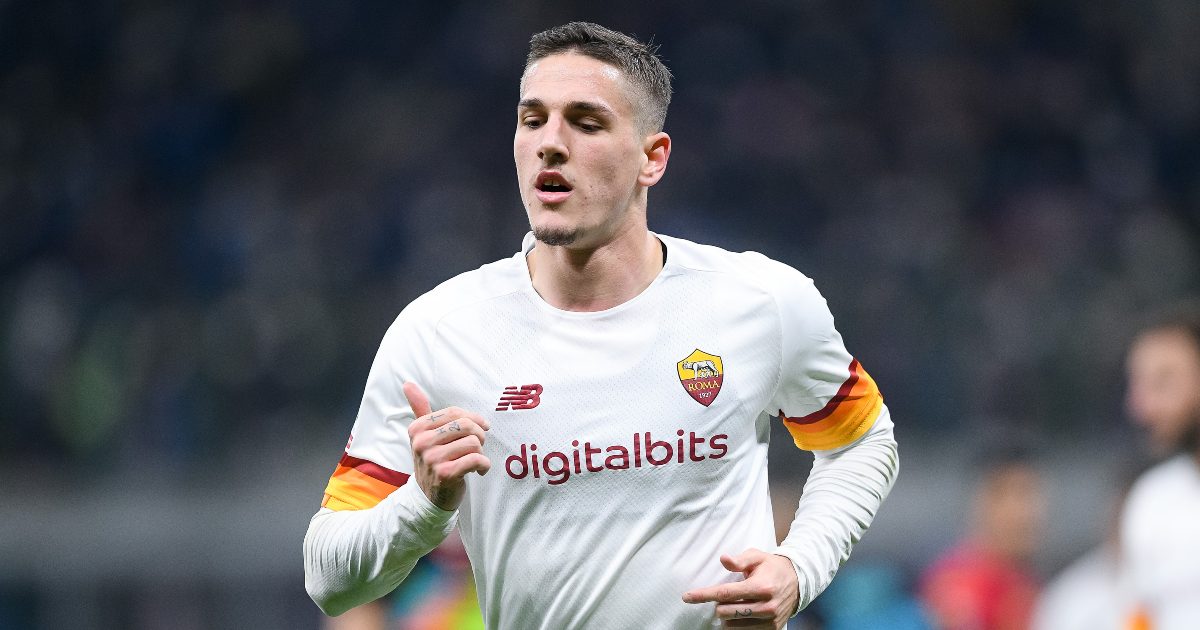 According to reports, Roma will demand a £41m fee for their midfielder Nicolo Zaniolo amid interest in him from Tottenham Hotspur and Man Utd.

It was reported last month that the Red Devils were set to be ‘sure participants’ in a summer ‘auction’ for the Roma player.

Zaniolo missed the whole 2020/21 season as he suffered an anterior cruciate ligament injury. Jose Mourinho took over at Roma ahead of this season shortly after he left Tottenham.

The 22-year-old has been a key player for the former Man Utd boss this term as he has played 29 times across all competitions.

Italian outlet Gazzetta dello Sport (via HITC) are reporting that Roma are ‘open to selling’ Zaniolo for £41m this summer.

Roma Live add that Tottenham have ‘already made contact’ over the signing but Juventus are leading the race to sign him.

Elsewhere, Son Heung-min has run out of superlatives for his partner in crime Harry Kane after the Spurs pair became Premier League record breakers.

“What can I say more about Harry? I think any compliment, I’m gone,” he said. “I can’t say any more words about him. You can say ‘superb’. You can say ‘phenomenal’. It’s not enough for me.

“I’ve played together with him for a long time and I’m still looking at him and thinking, ‘Wow, this is unbelievable’, you know?

“So I think the words are not enough for me. He’s just an unreal player. I’m really happy to work with him every day and playing together is a big honour.

“When you think a striker is always scoring goals and a number 10 is also making assists, he can do both for two or three seasons.

“He wants to improve for himself. This is his ability, he’s so good to watch. He can play number 10, number nine. Whatever we need.

“To have a striker like this is massive. What can I say? What can I say about Harry? He’s doing so well, we’re glad to have him and we can still help him as well to get many goals.

“He’s a striker and he’s still hungry for goals and big things as a team. We need to help him as well, work for him, create chances for him. This is a team thing.”