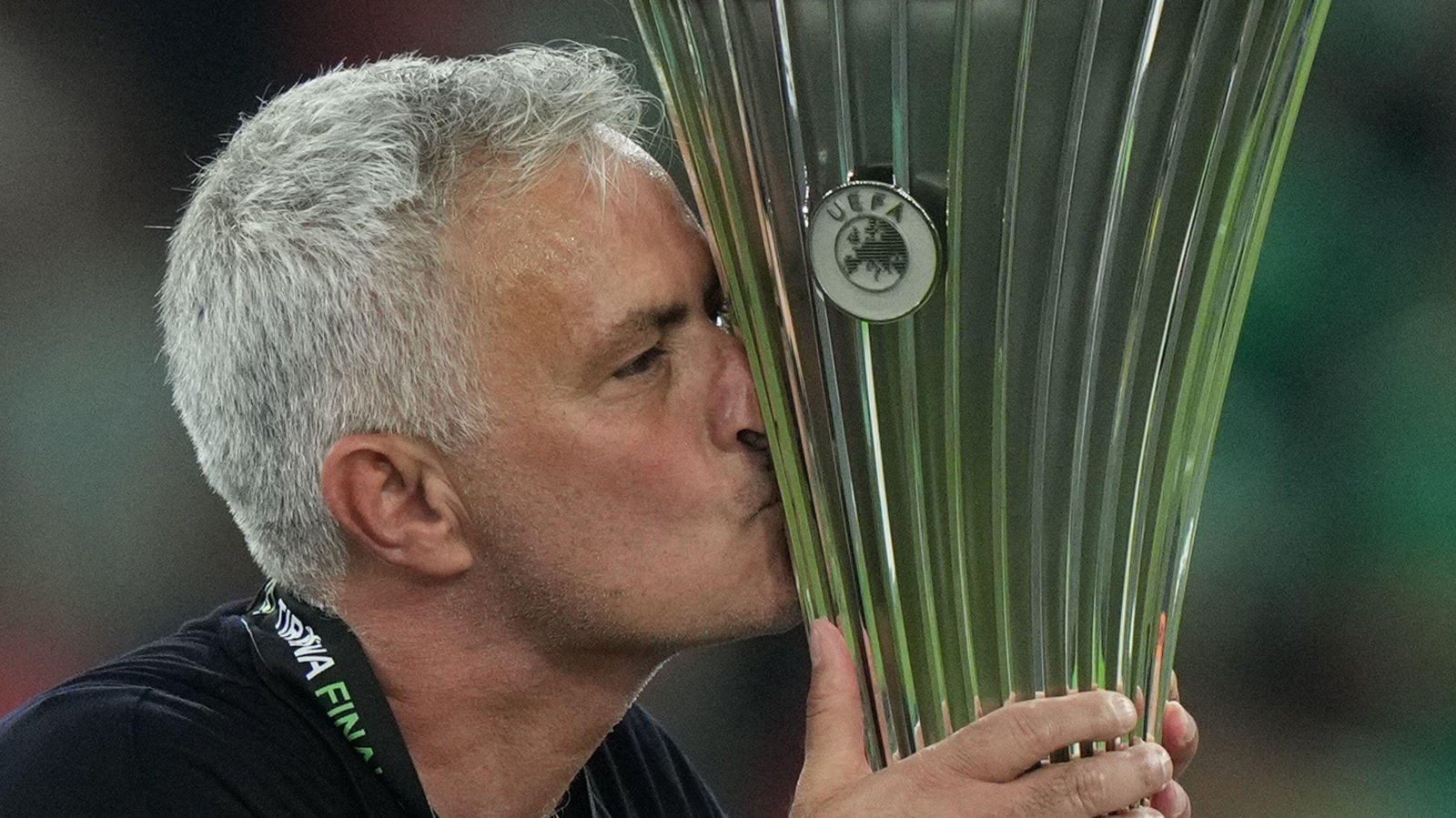 Jose Mourinho did not waste the opportunity to take a couple of shots at Manchester United after he won his fifth European trophy.

Roma beat Feyenoord in the final of the inaugural UEFA Conference League with a goal from Nicolo Zaniolo, delivering the club’s first silverware since 2008.

Mourinho added the trophy to his two Champions Leagues, one Europa League and one UEFA Cup, maintaining his perfect record from five European finals with Porto, Inter Milan, Manchester United and now the Serie A side.

“The great thing about my career is that, aside from the Europa League with Manchester United, doing it with Porto, Inter and Roma is very, very, very special,” Mourinho said.

“It is one thing to win when everyone expects it, when you made the investments to win, but it’s quite another to win when something feels immortal, that feels truly special.

“This remains in the history of Roma, but also mine. I was told only I, Sir Alex (Ferguson) and Giovanni Trapattoni won trophies in three different decades. It makes me feel a little old, but it’s nice for my career.

“Now I am staying, there are no doubts. Even if some rumours emerge, I only want to remain at Roma.

“We must understand what our owners, who are fantastic people, want to do next season, because this is history, but we can build a really strong project with honest professionals.

“Of course I feel like a Romanista, but that might be my way of working. I am a Porto fan, an Inter fan, a Chelsea fan, I am crazy about Real Madrid, I am now a Roma fan, I belong to all those clubs because we had these moments together.”

Defender Chris Smalling, who Mourinho claimed to have told “with your feet, we’re for sure not playing out from the back” before the 2017 Europa League final win over Ajax, put in a man-of-the-match performance to defend Zaniolo’s first-half goal.

“We knew how much it was going to mean to everybody in Rome, and you can see how together we are, everybody fought until the end,” Smalling told BT Sport.

“We had to do that on a few occasions this year, we dropped a bit deeper than we maybe wanted to but we knew we had to do everything.

“You could see, strikers running back, everybody defending and we knew we had to win..

“Even when I first came to the club it had been a long time since they won a trophy, you can hear the fans.

“We knew how much it was going to mean, you can see we’ve got some of the best fans.”