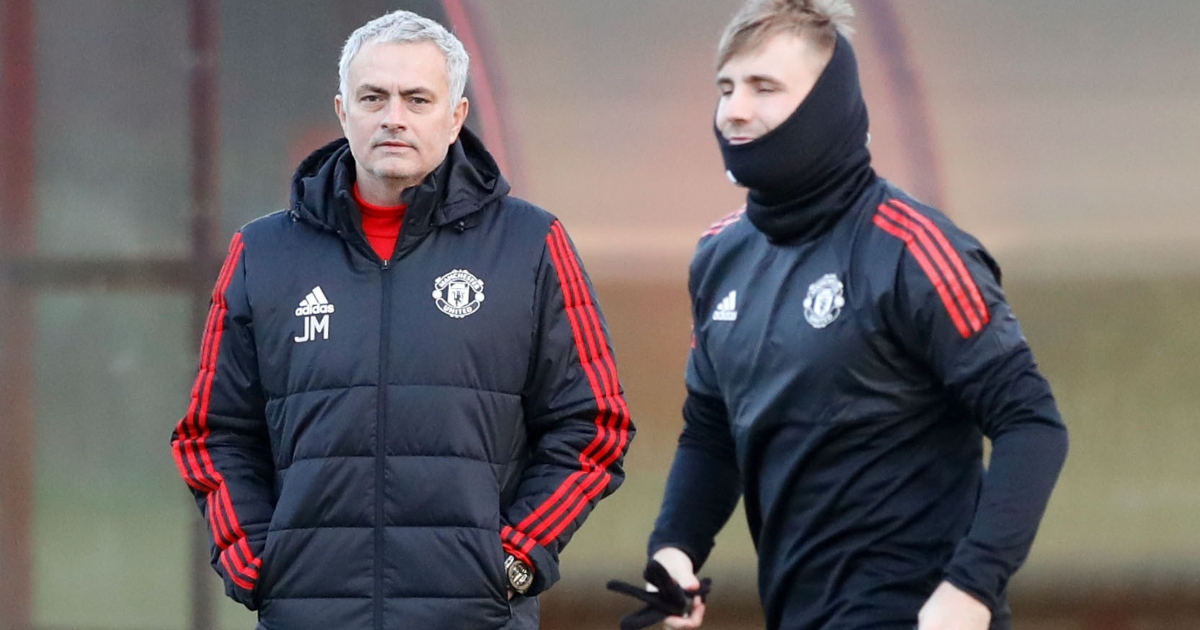 Jose Mourinho says Luke Shaw was “very good” in general for England on Tuesday but picked out one aspect of his performance which he believes was “very poor”.

Shaw played the full 90 minutes as England secured top spot on Group D with a 1-0 win over the Czech Republic at Wembley.

Raheem Sterling got the only goal of the game for Gareth Southgate’s side, who now face a nervous wait to find out their opponents in the last 16.

Mourinho analysed the game for talkSPORT and said he was impressed by England’s all-round performance, but insisted they need to improve their set-piece delivery.

Mourinho said: “The negative thing I would say is once more they were very poor on attacking corners.

“The service was dramatically bad. They have so many good players to attack corners. The crosses are not passing the first man.

“Luke Shaw, in my opinion, very good tonight but very poor on the corner. Phillips, the same.

“England has great power at this level and going to knockouts, one corner can decide a game.”

The Portuguese manager also hailed Harry Maguire’s performance on his return from injury.

The Manchester United skipper missed England’s opening two group games with the ankle injury picked up on club duty, but returned with an assured performance at Wembley on Tuesday.

The former United boss added: “I keep saying when you have an option to take 26 players, you have to risk, gamble and take an injured player if the player deserves that. Maguire is one of those players.

“He was confident, he was stable, he was intelligent, read the game well, and has a good partnership with [John] Stones.

“[Tyrone] Mings is doing a fantastic job, you could feel he was happy to come in for 10 or 15 minutes, he is a team player.