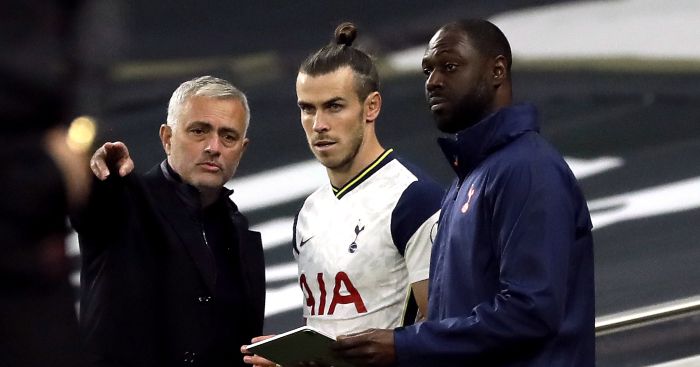 There was a distillation of Spursiness to its very essence in north London on Sunday as Tottenham took a three-goal lead within 16 minutes at home to West Ham before contriving to draw 3-3.

Mourinho noted that his team were “punished” for failing to score a fourth goal – as if that is the problem in drawing 3-3 at home to West Ham when leading 3-0 – and added that it was an issue of mentality.

“Not deliberately, but the team was dropping,” he told Sky Sports.

“With Winks, we found balance again and was in control. It was exactly when we were in control that we conceded the first and their belief went up. My guys were not strong enough to cope with it psychologically. The last few seconds, we lost two points.”

He also paid tribute to the “new Fellaini”, with Tomas Soucek winning more headers than any player (8), earning himself a booking and exhibiting some absolutely sensational chest control.

“I told them to be aware of set-pieces against, which we knew they were very strong. David has found in Soucek his new Fellaini,” Mourinho said.

“In the end, they were lucky, but they fought very hard to be lucky so I praise them.”

Mourinho also explained why he opted not to start Gareth Bale but instead give him his second Tottenham debut from the bench in the final 19 minutes.

“The decision of not to start him was good I think, to show he does not have a beautiful chair waiting for him in the team, and he sits there the first time he can,” he said.

“It was a message to the team, that in this team everybody has to fight for positions. He’s very well accepted in the group, everyone likes him and I believe he likes what he’s found here.”