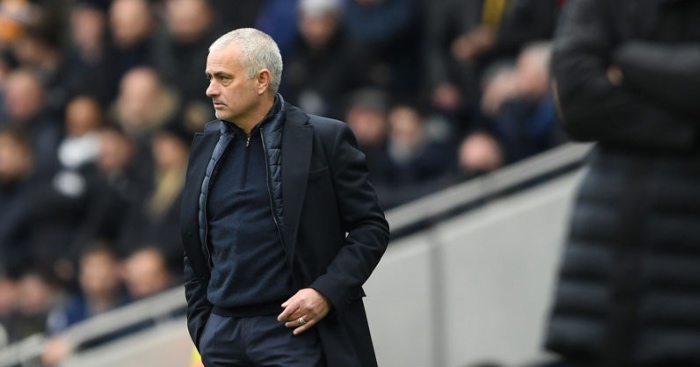 Spurs boss Jose Mourinho insists his “players didn’t deserve defeat” as Wolves came from behind twice to win 3-2 at the Tottenham Hotspur Stadium.

Steven Bergwijn and Serge Aurier twice gave Mourinho’s side the lead only to be pegged back on both occasions by Wolves through Matt Doherty and Diogo Jota.

And Raul Jimenez claimed all three points for Wolves as they leapfrogged Spurs into sixth place.

But Mourinho claims the result was not a fair reflection of the game, and was particularly impressed by Eric Dier – deployed at centre-back – despite conceding three goals…

Mourinho told Match of the Day: “I think it is unfair. The players didn’t deserve the defeat. We were punished by, I would say, mentality mistakes. You have to be ruthless against teams like Wolves that play fantastically well on the counter-attack.

“We deserve much more than these results but this is what it is. The front three combined well, they did what they can. They did the plan that we worked on in the week. We had lots of arrivals in dangerous positions, but it is quite frustrating to see they don’t have that feeling.

“I tried to play with Davinson Sanchez and Tanganga which are the two fastest players. Dier is because he is a midfield player, he has the possibility to come out with the ball and play as an extra midfield player. I thought they did very well apart from the goals which are collective responsibility, not individual responsibility.”