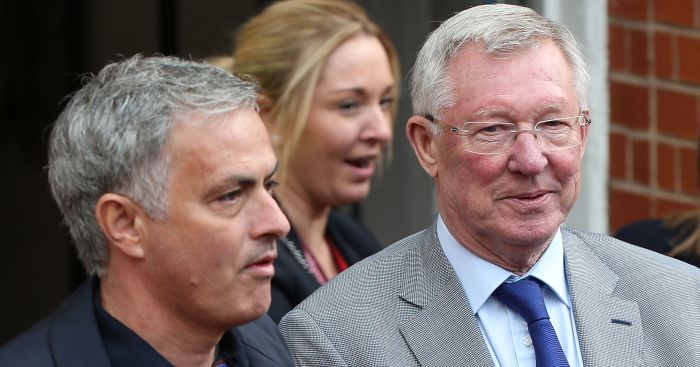 Tottenham boss Jose Mourinho has compared the impact of Son Hueng-Min to that of Ji-sung Park at Manchester United, after remembering a conversation he once had with Sir Alex Ferguson.

Son scored one of the goals of the season in Spurs ‘ 5-0 demolition of Burnley, dribbling from the edge of his own box, to score his side’s third of the game.

The 27-year-old has established himself as a star in Mourinho ‘s side, scoring twice and laying on five assists in the five games since the Portuguese boss took charge.

His importance has led to comparisons to Park from Mourinho, who played for United for seven years between 2005-07, and Ferguson has often been vocal in his praise for the South Korean’s contributions to the team.

Now, Mourinho has revealed he spoke to Ferguson about Park previously and this meant he knew that Son would be a big player for the North London side, reports the Manchester Evening News.

“From the outside I had a feeling, I remember speaking to Sir Alex about Ji-sung Park. Maybe it’s a cultural thing. They’re very coachable. The kid is fantastic. I’m very happy, so happy,” he said after Spurs’ win against Burnley.

Mourinho is a big fan of Son, with the Portuguese boss saying last week: “I am in love with that guy, so I imagine the people that are here with him four or five years… fantastic boy.”