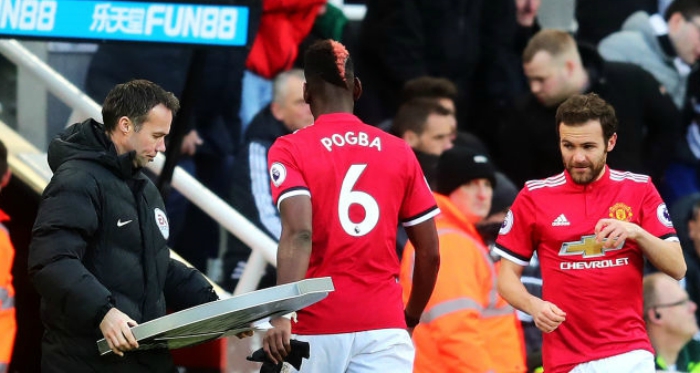 Manchester United manager Jose Mourinho said that the substitution of Paul Pogba against Newcastle was tactical, and not due to an injury.

Pogba was hauled off after 66 ineffective minutes in midfield as United slipped to a 1-0 defeat against Newcastle.

The Frenchman has now not completed 90 minutes for three straight games, having been substituted against Tottenham, and then dropped against Huddersfield.

Many thought Pogba had suffered an injury during the warm-up as he came in earlier than the rest of his teammates.

But Mourinho insisted there were “no problems” with his fitness.

“I wanted a better way to come out in the first phase against a team that was defending in a very compact block,” he told Sky Sports.

“I was trying that with the simplicity of Michael Carrick because he tries to make everything simple and bring Alexis close to an area to Lukaku where he could be like a second striker to try to win the game.”

Mourinho was also quizzed about comments made by Liverpool legend Graeme Souness about Pogba.

The pundit laid into the 24-year-old, describing him as ‘a schoolboy running after the ball in the playground’.

The Portuguese was reticent to discuss the matter, however, stating: “I will not talk about individual players.”