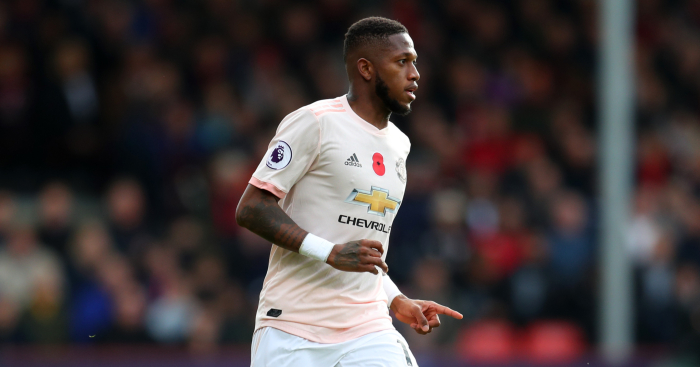 Jose Mourinho has explained why he replaced £52m midfielder Fred with Ander Herrera after 55 minutes at Bournemouth.

The Brazilian was withdrawn along with Juan Mata, to be replaced by Ander Herrera and Marcus Rashford, who was our early winner.

Fred has completed only three 90-minute games since his arrival at United in the summer.

“I think I was happy with bringing Ander to the game because normally the intention is, when you look for a better result than you have, it is to play attacking players or in theory to make attacking changes.

“But I felt that the team needed a player like Ander to give us balance in that position, to give us more pressure, recover the ball faster and also to project Ashley Young, so I think I was happy with that change.

“The team was much better and we created lots of chances. That double chance, Ashley Young’s free-kick and Marcus Rashford’s rebound, I cannot believe that we didn’t score in that situation. The two points we lost in the last minute against Chelsea, we got them back today.

“I love the song ‘attack, attack, attack’ but you need to know that when you lose the ball, you have stability. We’re not showing this stability. There was a feeling of instability and today it happened again against a good team.”

Mourinho called himself the “luckiest manager in the Premier League” to be 1-1 at the break against the Cherries.