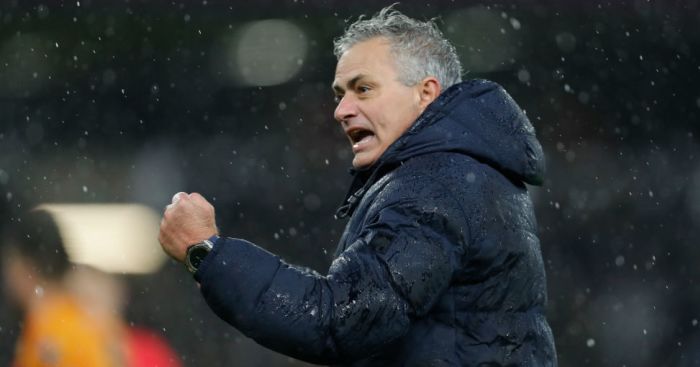 Jose Mourinho was very complimentary of Wolves after his Tottenham side beat them 2-1.

Jan Vertonghen scored a last-minute winner to give Spurs an important win that lifts them to fifth in the Premier League.

The result ended Wolves’ 11-match unbeaten run in the Premier League, and Mourinho highlighted the significance of that for his own team.

“I’m very proud. Nuno has to be very proud of Wolves’ record,” he told BBC Sport.

“They are a very difficult opponent. I said that in press conference on Friday that they are tactically, technically, mentally very strong.

“We knew the game was going to be difficult. They didn’t catch us by surprise.

“We had a very good start like we tried to. We almost scored a second goal but against Wolves that would not have killed the game.

“They are very strong. They use the sides, then the centre, very difficult in transition. Adama Traore and Diogo Jota are incredibly fast and difficult to stop.

“We coped with their spirit. At 1-1 they tried, Wolves are not a team satisfied with a point. We knew if we arrive in the last part we knew we could score.

“After that we had to close the door for the last five mins, three incredible points.”

Mourinho noticed plenty of ambition from his opponents, who he claims can break into the top six and beyond.

However, focusing on his own team, the Tottenham boss explained his pleasure at improving their away form – while saying that they too can start looking up the table again.

“I think maybe ask Nuno but my feeling is they are fighting for more than they said – with their quality, conditions and ambitions. They are not just there for the top six. They can do more.

“We controlled the game in periods. It is very difficult to control against them. Traore and Jota can kill you out of nothing.

“The referee was very good. The emotion, crowd, fantastic stadium, intensity, two games who wanted to win – it was a good game.

“We went about a year without winning a Premier League game away and we’ve managed two in a short amount of time. Now we are not looking to bottom of table, we’re looking higher up.