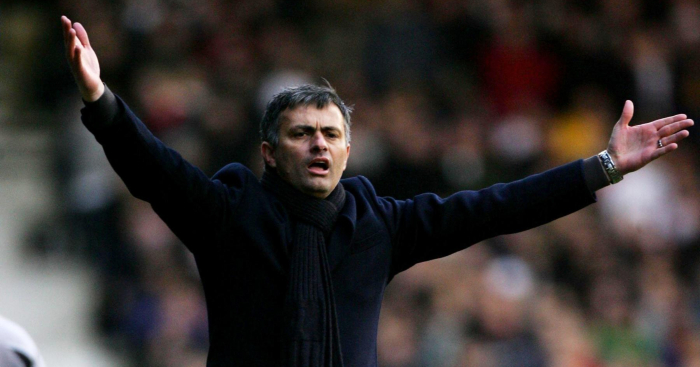 Jose Mourinho is said to be ‘extremely angry’ that a leaked scouting report written on Barcelona in 2006 has been attributed to him.

Mourinho’s thorough and extensive preparation for games has been under the spotlight this week after Twitter account Performance Analysis in Action published an alleged scouting report he wrote ahead of Chelsea’s Champions League tie against Barcelona in 2006.

Full Jose Mourinho Scouting Report on FC Barcelona from 2005/2006. Amazing the amount of detail that Mourinho and Andre Villas Boas would go into to prepare for the next opponent..Enjoy it's not everyday that this information is shared with the public! #DetailsMakeTheDifference pic.twitter.com/JAGO0sRDx6

It included discussions of Barcelona’s flaws in possession, potential weak points to target and a rather simple way of thwarting Lionel Messi. You can read some of the best bits here.

But Mourinho has denied ever compiling the report, with The Sun describing him as ‘extremely angry’ at claims that he was the author.

A source instead confirmed it was Andre Villas-Boas, Mourinho’s former Chelsea assistant, who was responsible.

“I am sorry to disappoint those I think I wrote the reports, but I did not,” Mourinho told SunSport.

“The reports are not mine. I did not write them.

“I was assistant and I shared with other colleagues the responsibility of analysing and preparing documents about our opponents for the manager.

“Since I arrived at Benfica and until now my analysis never became official reports, but key ideas that helped me to prepare the training work and the matches planning.

“Official reports were always done by analysts, assistants and computer technicians, but never by me.”