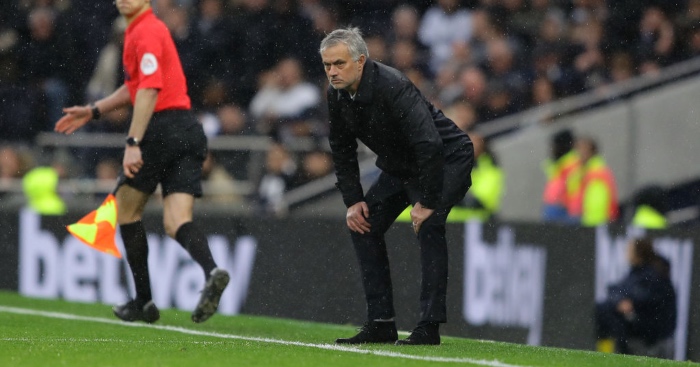 Tottenham manager Jose Mourinho hailed the “incredible performance and effort” of Dele Alli as Spurs came from behind against “monsters” Brighton to win 2-1 at the Tottenham Hotspur Stadium.

Spurs were second best for much of the first half in north London, with Adam Webster giving the Seagulls the lead at the end of the first period.

But Tottenham were much better after the break and Harry Kane drew them level before Dele Alli’s superb winner 20 minutes from time.

And Mourinho the tactical changes he made for the second half made a big difference to Spurs.

He told Amazon: “I am very happy with second half. We changed bits, I am not saying players were wrong but we changed bits and that makes a difference.

“The first half was not a disaster, we were playing a good game. It’s hard after a defeat to have confidence and we started poorly, it affects the confidence.

“In the second half the players put all the negative aside and were very strong in their performance.

“They (Brighton) are a very good football team. They have a few giants who are very strong. They are strong in the air. They want to play good football. It makes it very difficult.

“They have monsters in the air and if affected the self esteem of our team.”

Mourinho was particularly impressed with Dele Alli, whose resurgence since the Portuguese took charge at Tottenham was again evident.

Mourinho added: “Another goal and another incredible performance and effort. The work rate was absolutely incredible from Dele. The little details are more important than what people look at. His attitude and fighting spirit was so good.”