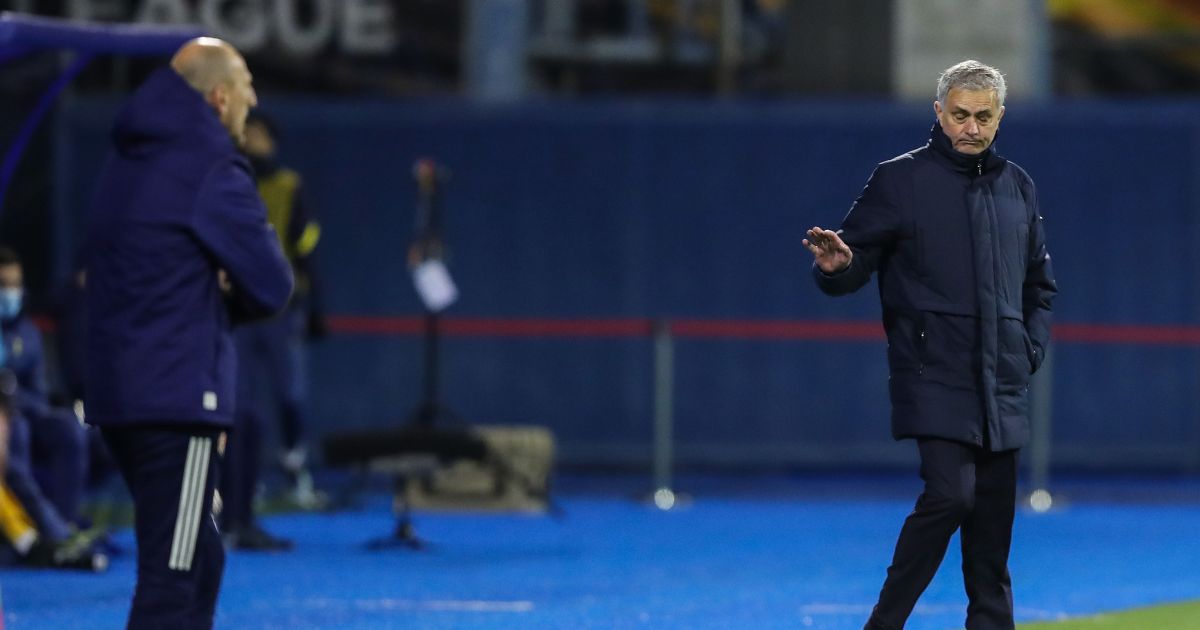 Jose Mourinho says “sad is not enough” to explain how he feels to hear Glenn Hoddle’s comments after Tottenham crashed out of the Europa League on Thursday.

Spurs looked comfortable heading into the second leg after winning the first leg of their last-16 tie against Dinamo Zagreb 2-0 but a spectacular hat-trick from Mislav Orsic saw the Croatian side go through 3-2 on aggregate.

It was a huge blow to Tottenham’s chances of successful season and Hoddle said that their performance was “diabolical” on Thursday night.

Hoddle told BT Sport: “To be fair to Zagreb, they showed more heart and determination. In the end, with Orsic’s hat-trick they showed better skills, technique and ability.

“They deserved the win. But Spurs were diabolical tonight, they really were. I think mentally they’ve got it wrong right through the game. I said at half-time if Zagreb score then I’m expecting a reaction from Tottenham, the game would open up and they’d have a nibble.

“I didn’t expect Zagreb to actually take control of the game. That was Spurs’s opportunity to respond, to make that response as a team, individually. They went backwards, went downhill instead of fighting.

“They were just playing at the pace they wanted to play. They should have upped the gears, there was not enough ability in the team or anyone on the night to say I’m going to take responsibility and change this game for us.

“Everyone was looking at each other. That can happen and when it happens, it’s a disaster for a team.”

Hearing of Hoddle’s comments in his post-match interview, Mourinho commented: “No. Mr Hoddle, of course, is a legend at the club and every word that he says, sometimes negative, sometimes positive, has to be respected.

“But I do not needed Mr Hoddle’s words to feel hurt and as I said, more than sad. Sad is not enough.

“I totally respect everything that somebody connected or not connected with the club says about us tonight.

“I think we have to accept. The problem will be if some accept in a positive way in a sense of feeling hurt and ashamed with the critics.

“But I repeat, I don’t need external critics because I feel deeply hurt with what happened with my team.”