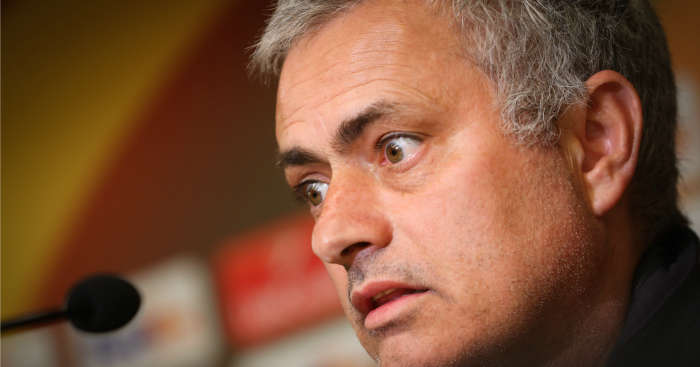 Jose Mourinho has denied that Manchester United will prioritise the Europa League over the Premier League.

United are the clear favourites to lift the Europa League, but struggling to finish in the top four.

That has led to suggestions that Mourinho could put out a weakened team in upcoming league games.

However, Mourinho categorically rejected that suggestion before the quarter-final first leg against Anderlecht.

“I think if we play against Chelsea with the second team you will kill me,” Mourinho said.

“The country, the football country, will kill me because when mathematically it’s possible there’s no reason not to try.

“In one week we play Tottenham, Southampton, Palace and then the Europa League final then every one needs to accept I’ll focus on Europa League.

“Even if we beat Anderlecht we don’t know what will happen. We need to continue in the Premier League and show the amazing character until the end. Until it is mathematically possible we will fight for top four.”