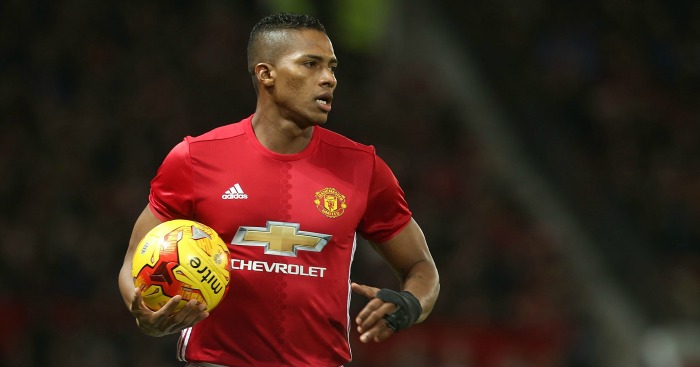 Jose Mourinho has provided an update on Antonio Valencia after the Manchester United man came off in their 2-1 win at West Brom.

Romelu Lukaku’s 15th goal of the season and Jesse Lingard’s deflected effort sealed a 2-1 win at The Hawthorns.

They were made to sweat after Gareth Barry’s second-half strike but held on, and once again they sit 11 points behind Premier League leaders Manchester City.

However, Valencia limped off in the 66th minute. Asked whether Valencia’s injury was the one negative, Mourinho told Sky Sports: “No, that’s football – especially football in England. Especially in December.

“It’s normal the players are getting into fatigue levels. They’re not machines.

“Sometimes it happens. He knew he was not going to play the next game against Bristol [City] – he knew that. He was asked for his last effort before that break but he couldn’t resist.

“But we have other players. Today, [Daley] Blind and [Matteo] Darmian were not even on the bench. We have players, we trust players and we are humble people to cope with these difficulties.