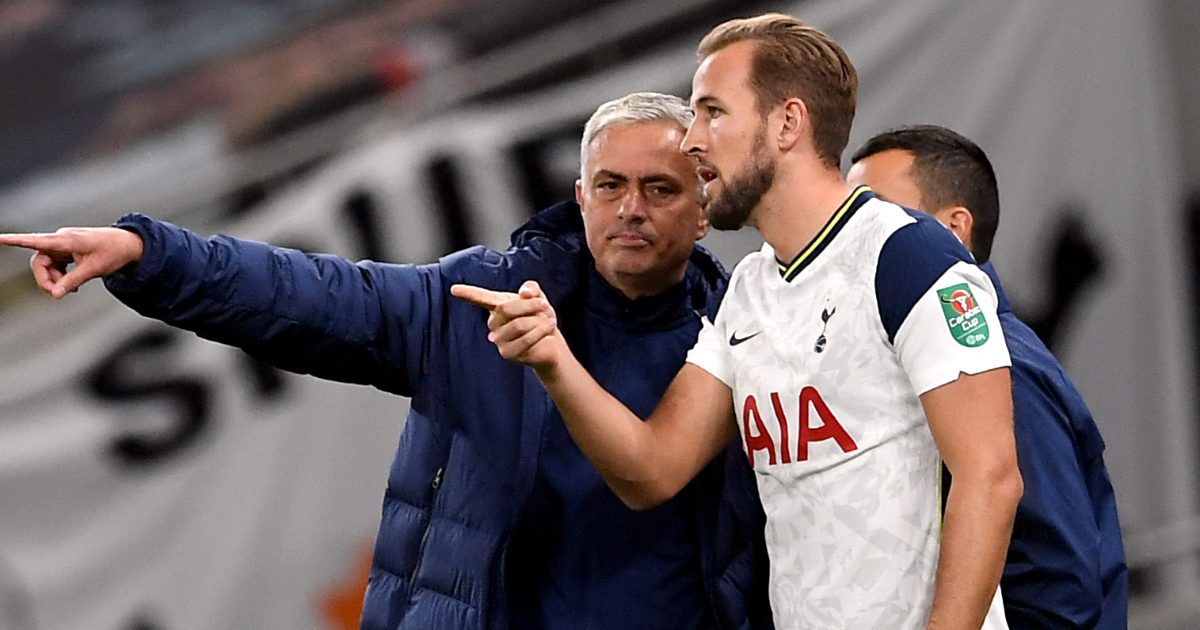 Jose Mourinho has claimed that Harry Kane’s penalty technique is “impossible” to “replicate” ahead of England’s Euro 2020 tie against Germany.

The 2020/21 season was disappointing for Spurs overall, but it proved to be yet another stellar campaign for Kane.

The forward spent most of the term working under Mourinho. He scored 33 times across all competitions but he often dropped deeper, which also allowed him to grab 17 assists.

Ahead of that game, Mourinho told talkSPORT (as cited by Football London) that he admires Kane’s approach to taking penalties:

“To replicate is impossible,” Mourinho said. “There are even coaches who take the players to the stadium, put the crowd noise on to try and replicate it, but there is no chance.

“In the Harry Kane situation, there is something I love about Harry, and that is when he goes to the game, he knows if there is a penalty, how he is going to take it.

“There is enough pressure, probably your central nervous system is not ready for you after 120 minutes to go there and be completely cool, fresh, look to the keeper and make your decision in relation to the move that the keeper makes.

“I believe really, that you have to go on a decision already made, as you know I am one of the top coaches with the worst records on penalty shootouts, that means I think a lot about it, I really know my players that missed penalties on these big occasions were players that changed their mind while running to the ball.”