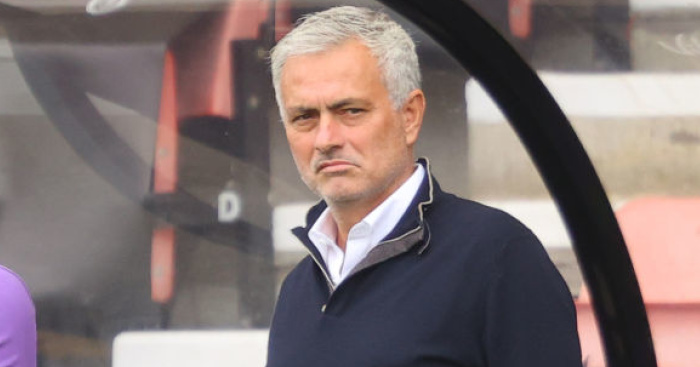 Jose Mourinho launched a verbal tirade at the match officials and VAR system after the decision not to award Harry Kane a penalty proved crucial i Tottenham’s 0-0 draw with Bournemouth.

Tottenham entered the contest with hopes still intact of qualifying for European competition next season.

In a drab affair, however, Spurs failed to spark offensively, and became the first team ever to fail to register a single shot on target against Bournemouth in the Premier League.

Initially choosing to focus on the decision not to award Harry Kane a penalty after what appeared to be a clear push in the back, Mourinho said: “The same referee that was the VAR against Sheffield United. In the world everybody knows that is a penalty. And I say everybody, I mean everybody.”

“The game had the most important moment, you know when, you know who and I don’t want to say anything more in relation to that because everyone knows and I don’t need to say much more. Everybody knows.

Pinpointing the Bournemouth tactic that frustrated his side so succuessfuly, Mourinho added: “In a way they surprised us with the way thy played, since Bournemouth were in the Premier League I don’t remember them playing the way they did, but that is an option for them because they have a point they wanted.

“They played direct, only direct, they didn’t move the ball in the first phase like they used to do and they made it difficult for us in their approach.

“But I think we were not sharp, we were dominant behind, it was an easy game behind but then lack of sharpness in attacking areas.