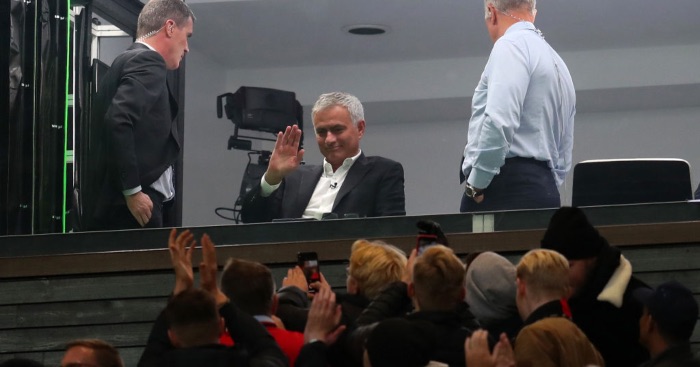 Jose Mourinho is reportedly in ‘regular contact’ with Borussia Dortmund – and has started learning German in anticipation of a move to the Westfalenstadion.

Mourinho has been out of a job since December when he was axed by Manchester United after overseeing a dismal start to the campaign at Old Trafford, and it has previously been reported that the Portuguese already has his next job lined up.

The former Chelsea boss is currently working as a pundit with Sky Sports but Dortmund are reportedly on his radar, according to German outlet Bild.

Current Dortmund boss Lucian Favre is not understood to be in any immediate jeopardy – but the German giants have made an inconsistent start to the campaign.

The chance to challenge Bayern Munich’s Bundesliga dominance is something which could appeal to Mourinho, but he would be forced to take a significant drop in the the £24million-a-year wages he received at United.

Dortmund currently sit top of their Champions League group, which contains both Barcelona and Inter Milan, ahead of their trip to the San Siro this evening and are fourth in the Bundesliga after eight games.