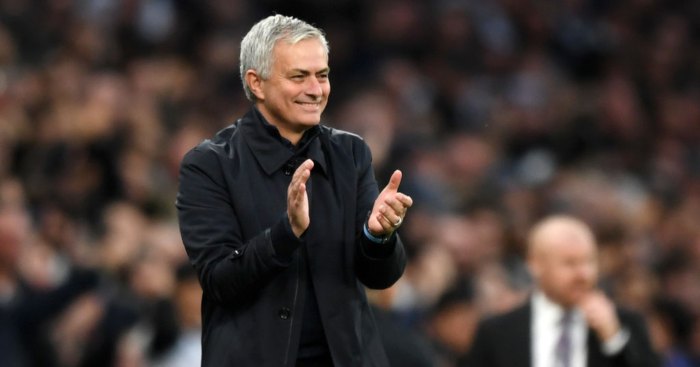 Jose Mourinho says Son Heung-min’s goal for Tottenham in their 5-0 victory over Burnley reminded him of one Ronaldo scored for Barcelona.

South Korea’s hard-grafting Son scythed all the way from one box to the other before lashing into the net for a goal of the highest quality at the Tottenham Hotspur Stadium.

Lucas Moura and Moussa Sissoko rounded off a commanding win for Jose Mourinho’s men, to ease the “hurt and pain” Son admitted suffering in Wednesday’s 2-1 reverse at Manchester United.

Ronaldo, dubbed El Fenomeno (The Phenomenon), scored a number of brilliant goals in his career with 352 goals in 518 club appearances and Mourinho says Son’s goal reminded him of one effort Ronaldo bagged for Barcelona.

“Sean Dyche is always honest band told me after the game we were too good for them. I thank him for that. They are difficult to play against but we were too good. It wasn’t them that were bad.

“Finally the boys get a day off tomorrow that I’ve not been able to give them yet.

“Son’s is a tremendous goal. Harry’s two outside the box and the pass for the Moussa goal. A couple of better passes or choices we could have had more.

“I remember when I was at Barcelona with Mr Robson and Ronaldo Nazario scored a goal that is similar to Son’s.

“And this was an amazing goal. I know that he is going to reach the face of the keeper and the control he is unstoppable. The keeper is good, though, but he managed to put it in.”