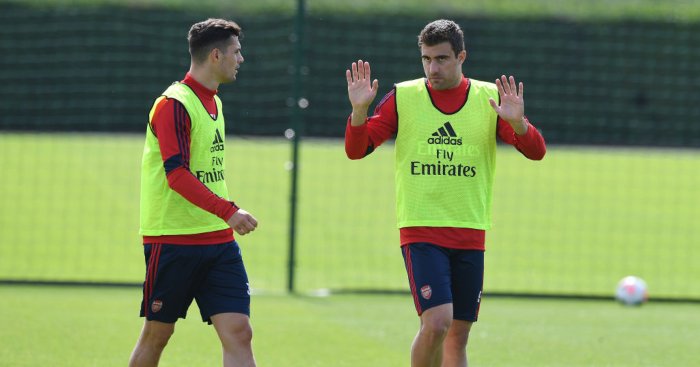 Jose Mourinho has lined up two signings to replace Granit Xhaka and Sokratis Papastathopoulos if he gets the Arsenal job, according to reports.

But now The Times claims that he is being considered as an option by Arsenal as Emery’s future at the club stands in the balance.

Xhaka, who recently told supporters to “f**k off”, and Sokratis have been divisive figures at the club in recent months with both players form questioned.

And, according to Don Balon, Mourinho has tasked the Gunners with signing Borussia Dortmund midfielder Axel Witsel as a likely replacement for Xhaka.

The Belgian was earmarked as a target for United during Mourinho’s spell in charge, before the player eventually opted for the Bundesliga side.

And Witsel has seen his stock rise since moving to Germany, leading Mourinho to believe he would be the ideal replacement for the struggling Xhaka, with Gary Neville this week highlighting the Swiss-Albanian’s weaknesses.

In addition, Mourinho is also said to have identified the centre of defence as Arsenal’s other primary weakness and Don Balon also claims Mourinho recommended the Gunners buy his former United charge, Eric Bailly, in January to add more steel to his backline.

The report adds that Mourinho would look to pair Bailly, who is currently fighting his way back from a knee injury, up with David Luiz, with the Portuguese said not to rate Sokratis.