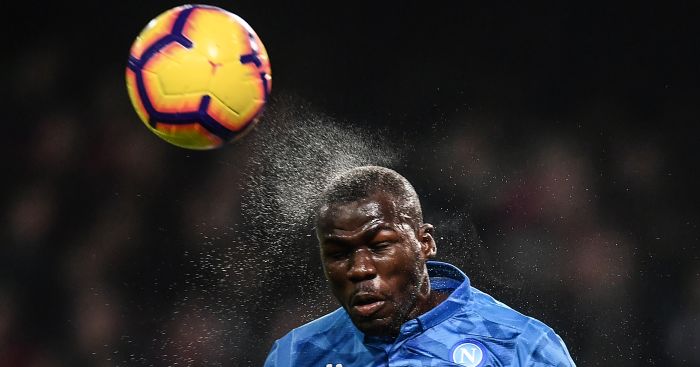 Napoli president Aurelio De Laurentiis has claimed that Jose Mourinho made a bid to take Kalidou Koulibaly to Manchester United.

Mourinho was sacked on Tuesday morning after a poor run of results that has left United 11 points off the top four and 19 points adrift of leaders Liverpool.

The Red Devils have their worst points return after 17 matches in the Premier League era, with Sunday’s chastening 3-1 loss at Liverpool leading to Mourinho’s dismissal.

Mourinho often bemoaned United’s lack of options at centre-half after missing out on several targets in the summer transfer window.

Speculation has heavily linked the club with a move for Koulibaly as his reputation continues to grow.

The Senegal international was the subject of a bid from United recently, according to De Laurentiis, but they rejected the huge offer.

Molde boss Ole Gunnar Solskjaer has been brought in until the end of the campaign and will be joined by first-team coach Mike Phelan, who will work alongside Michael Carrick and Kieran McKenna.