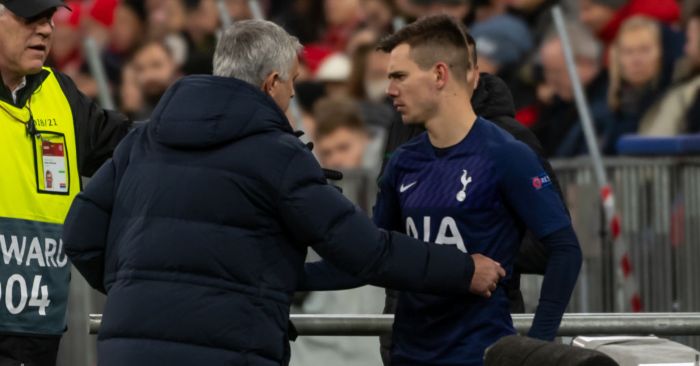 Jose Mourinho has discussed “the process” of Giovani Lo Celso establishing himself at Tottenham.

Lo Celso joined on a season-long loan from Real Betis in the summer as a primary target of Mauricio Pochettino.

But the 23-year-old has played just seven Premier League minutes under his successor Mourinho, starting in the Champions League dead-rubber against Bayern Munich.

It has been reported that Mourinho’s arrival had ‘slowed’ Lo Celso’s planned permanent move to north London.

Mourinho admits the Argentina international faces a fight to earn his chance.

“It looks obvious the way Dele (Alli) is playing, Sonny (Son Heung-min)… At this moment they are one step ahead,” he said.

“I couldn’t hide from you that we have a few players one step ahead because of performance. So you want to be objective and ask if he starts Sunday? No, he doesn’t.

“He’s our player. Our squad is not a big squad in numbers, and he will start for sure because it’s impossible to play all the time with the same players.”

Asked how long it might take the Argentina international to show his potential, Mourinho added: “I don’t know. (It’s) impossible for me to say that.

“Some players they accelerate the process, some players arrive immediately and fit in, others they take (a) long time. It’s difficult to say.”