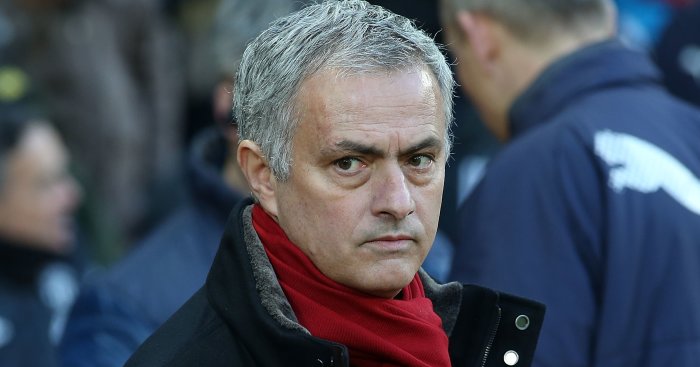 Jose Mourinho pointed to the money Manchester City have spent on full-backs after Manchester United’s 2-2 draw with Burnley.

Jesse Lingard came off the bench to spare United a Boxing Day defeat at the hands of Burnley, scoring twice to rescue a 2-2 draw for Mourinho’s side – a side he is “rebuilding”.

Lingard answered a half-time SOS with United staring down the barrel at 2-0 down but pulled one back with an instinctive back-heel before striking through a packed box in added time to cap a frantic finale to leave United 12 points behind the leaders Man City.

In salvaging a share of the spoils the England winger, who also had a shot deflected off the crossbar from point-blank range by Nick Pope, robbed the the spotlight from Burnley’s Steven Defour, who bent it like Beckham with a sublime free-kick following Ashley Barnes’ opener.

Mourinho said: “We are in the second year of trying to rebuild a football team you know is not one of the best teams in the world. Man City buy full backs for the price of a striker.”

When asked what went wrong in the first period, Mourinho replied: “I don’t know how they score a goal from a free kick, rebound here, rebound there. Similar goal that we conceeded in other matches and then they defend for 95 minutres, second shot they score again.

“For us to score two goals we need to play in their half for 45 minutes, with only one defender. The end product of so much dominance, two goals, is a miserable number. Lingard come in and helped the team, Lingard and Mkhitaryan gave us a good dynamic.