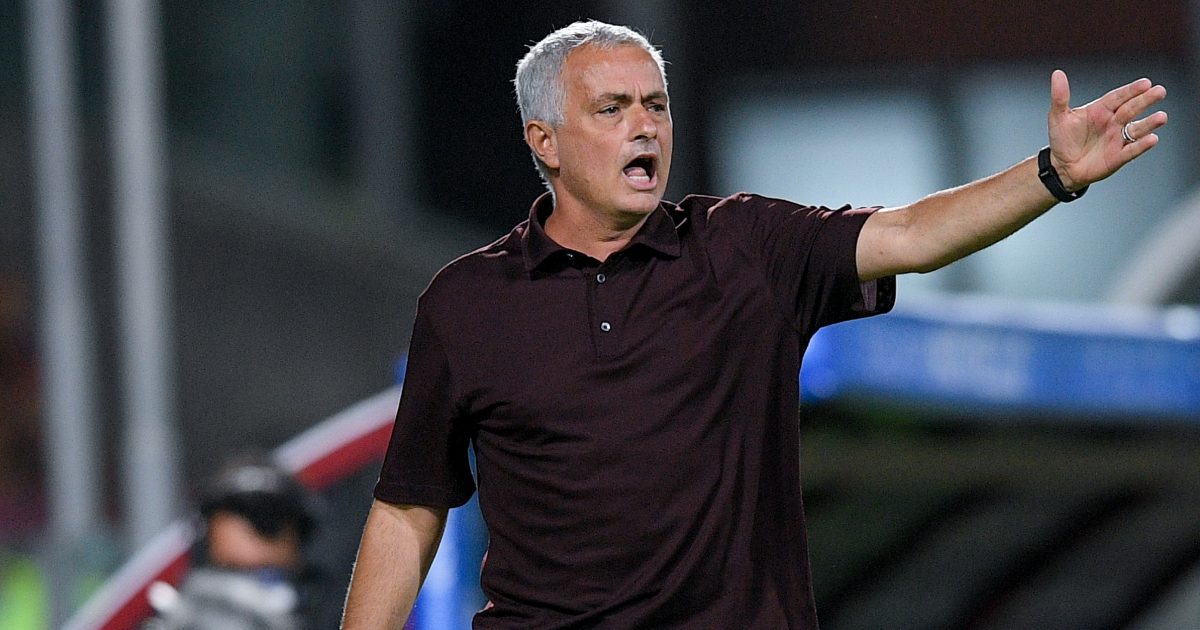 Roma boss Jose Mourinho has insisted that he is a “much better” coach now compared to how he was when he managed Inter Milan between 2008 and 2010.

Mourinho won two Serie A titles as well as the Champions League while in charge of Inter Milan.

He has gone onto manage Real Madrid, Chelsea, Man United and Tottenham Hotspur.

The 58-year-old left Spurs in April and then in July, he was confirmed as Roma’s new head coach.

Mourinho is currently unbeaten as his side have won their first two Serie A games of the 2021/22 season.

The experienced manager has been interviewed by their official website (as cited by Football Italia). He suggested that the club’s owners “want to leave a legacy” with his assistance:

“I know the fans, I know the square and if you think that the project is for me ‘to arrive tomorrow and I win the day after tomorrow’, it’s not the right path.

“This is a project in which the owners want to leave a legacy, they want to do something very important for the club in a very sustainable way. We want Roma to be successful in the future.”

Mourinho went onto say that he has “improved” as a coach since he managed Inter Milan.

He added: “I’m much better now, I’m serious. I feel improved now because this is a job where experience counts so much.

“Everything becomes a Deja vu because I’ve been through so many experiences since leaving Italy. Of course, it’s one thing to come to a country for the first time, where you start from scratch, and you have so many things to learn.

“This is not my case, I know Italy, I know the culture of football. I know about Rome, which was my real rival, it was fighting with us for the domestic titles. Now I’m ready for this.”

Mourinho finished by saying that it is key that everyone at Roma is “united” during his tenure:

“I hope the team becomes a reflection of who I am.

“I have always said that you can only get to know a player if you work with him. But in reality, when you are with them on the pitch, when you look at the difficulties, when you experience the positive things, it means you begin to really know them.