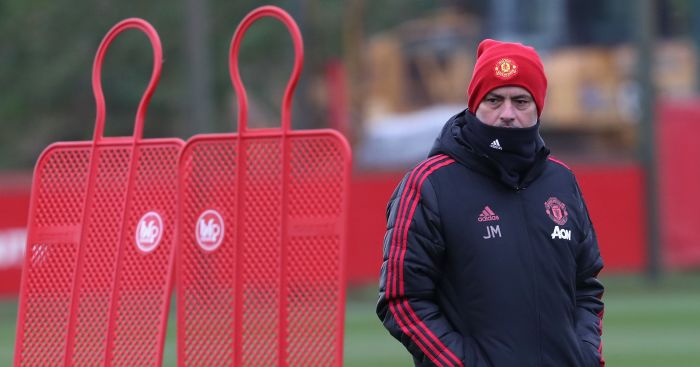 The Portuguese boss has not been shy previously in naming and shaming the players he believes are letting the club down and he has once again delivered names when being asked about what his United players are missing.

In an interview with Spanish TV channel Univision, Mourinho named Luke Shaw, Anthony Martial, Marcus Rashford and Jesse Lingard when talking about immaturity and a lack of character.

When asked what his young players at Old Trafford are lacking, Mourinho said: “They are lacking maturity.

“And let me be clear when I say maturity, I mean maturity on a personal level.”

Mourinho, whose United side who are 12 points behind Man City with 12 games gone, then reflected on past eras and believes players now get too much too soon.

“They are spoilt kids now, the kids of today have a different life, an easier environment and I’m talking about the people around the players.

“These people give them too much affection and too many excuses. People mature much more slowly now.

“But at the end of the day it results in the word I cannot say [cojones], but you use it a lot here… character, personality, they lack a little.”

Mourinho has previously been accused of “crushing” his players’ confidence with public remarks, and these latest comments are likely to stir more debate surrounding his management style.

If these quotes are genuine then they’re a disgrace. https://t.co/or5wp3WLT9