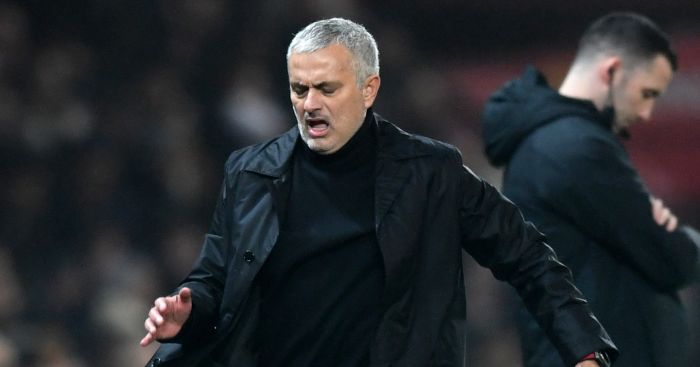 Jose Mourinho thinks his Manchester United side played a lot more like a pack of “mad dogs” in their 2-2 draw with Arsenal on Wednesday.

Mourinho bemoaned the lack of “mad dogs” in his United side that like to press the ball with aggression after their disappointing draw at Southampton.

When asked if found the mad dogs and character he was looking for against Arsenal, Mourinho replied: “Yes. Yes, even the numbers, the stats that for me are not fundamental but sometimes they give us, they support our feelings, they support our ideas, or sometimes a contradiction to it but in this case I think it is just a confirmation with the numbers was the match where my team the globality of the 10 players run more and run more with higher intensity too.

“We press the ball more, put difficulties to the opponent, we were fast in our transitions, so we had that spirit, we had that mentality that brought our game to a good level, to a better level.

“There are special players with special characteristics and just to give you a couple of examples, [Ander] Herrera, [Marcus] Rashford are the kind of players that even if their game was not phenomenal, that intensity, that desire, that passion, that sacrifice is always present but I prefer to say that the team as a team had that mentality.

“I know only two days [to prepare] is not easy. Fulham in the same situation as us but probably the way they are coming to play or try to play will not demand as much from them as us but no excuses, I sat here a few weeks ago speaking about the December month and no defeats that’s a reality, good fights, good spirit, but just one victory against Young Boys and three draws and we need points, but Fulham is the same, they need points.”