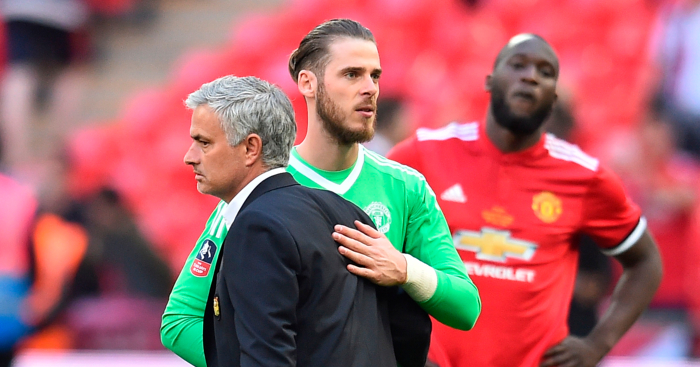 Reports have long claimed that De Gea will commit his future to the club, and after Real Madrid signed Thibaut Courtois there is no obvious next destination for De Gea.

Mourinho has been vocal in his frustration at the lack of transfer activity at Old Trafford this summer, but keeping hold of De Gea is a coup given the previous uncertainty over his future.

“David is a Manchester United player, he will sign a new contract as soon as possible, he likes it here,” Mourinho said. “We love him, we want him to stay. He wants to stay.”

“I think it was a collective situation involving the player, the agent and Manchester United. The agent didn’t create a war to try to achieve his objectives.

“The club understood how important he was and was always trying to give him the conditions to make him happy, so credit to all three.”