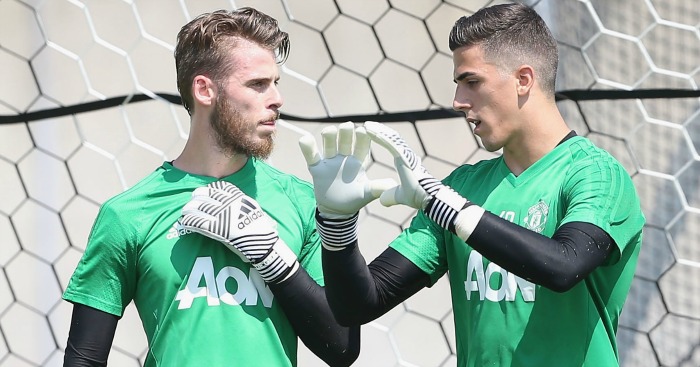 Jose Mourinho says his three goalkeepers will all be given equal playing time on Man Utd’s USA tour, while another of their young stoppers has left the club on loan.

David de Gea, Sergio Romero and Joel Pereira have all travelled on the club’s pre-season tour, with Los Angeles being their first stop with a game against LA Galaxy on Saturday preceding matches against Real Salt Lake in Utah on Monday before a meeting with Manchester City in Houston on July 20th.

United then return to California to take on Real Madrid before wrapping up their trip in Maryland against Barcelona on July 26.

New signing Romelu Lukaku won’t feature against Galaxy on Saturday, but the manager says he will rotate all three of his goalkeepers throughout the tour.

“The first match [against LA Galaxy], Romero does not play,” Mourinho told MUTV. “We play David for 45 and the kid for 45.

In the first-team’s absence, United have allowed England Under-20 goalkeeper Dean Henderson to join League One side Shrewsbury Town on loan for the season.